A Canadian lawyer wants $25,000 from Apple after his Time Capsule died, taking with it photographs of the birth of his first child 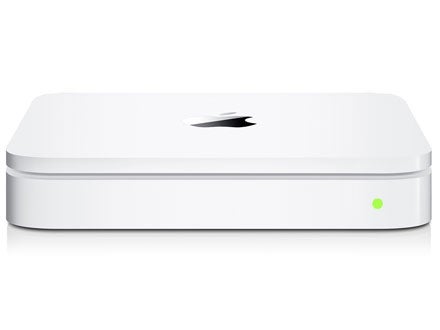 We’re constantly reminded to backup our digital files in case of the worst happening — but what if something happens to the backup? Who do we blame then? CBC News is reporting that Perminder Tung, a British Columbian lawyer, has taken Apple to small claims court, demanding $25,000 for a dead Time Capsule which took his photos with it.

According to the report, Tung purchased the Time Capsule in 2009, and last month it totally failed, taking with it much of his personal — notably photographs including the birth of his first child. Apparently he took the device in to the Apple Store, where he was told the data was unrecoverable, that the product had numerous power supply issues, and that some had been recalled — although his was outside the bounds of that recall.

In the claim, Tung says, “the defect with the Time Capsules, which invariably destroyed the stored data, amounts to a fundamental and total breach of contract. The alleged ‘Time Capsule’ did not encapsulate and protect the information it was intended to secure. The breach destroyed the workable character of the thing sold.”

Tung is correct that there was a product recall of the Time Capsule, but that was only for the first generation of the device, sold between February and June 2008. Seeing as he purchased his in 2009, he probably picked up a newer one without the design flaw — just one that died after years of heavy use.

It’s also evident that Tung was using this device as external storage, not as a backup. It only counts as a backup if you have it stored in more than one place. If the failure of the Time Capsule meant he lost the files, that must mean Tung only stored them there — which defeats the purpose of backing up.

Is this Tung’s fault for not backing up in more places? Or Apple’s for creating a drive that failed? Or is 3 years within the natural lifespan of a hard drive anyway?