What it took to pull off one of largest group shots in Hollywood’s history. 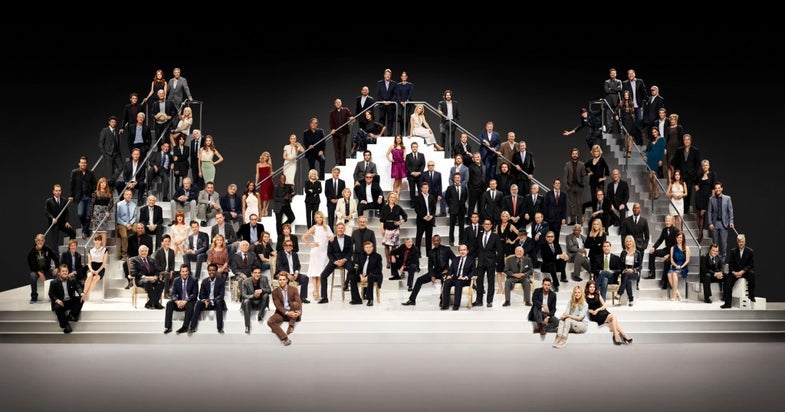 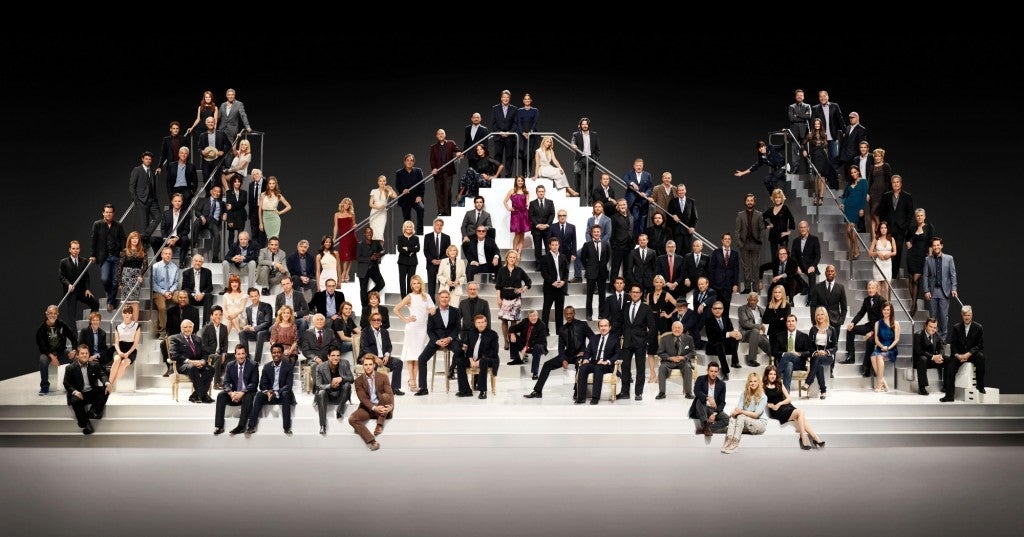 Art Streiber works with the motto, “The answer is yes, now what’s the question?” That kind of ingenuity and creative thinking given the self-taught photographer a reputation for taking on impossible projects. As a result, he has an impressive body of work including covers of just about every major magazine.

So it’s not surprising that when Paramount wanted to assemble 100 celeberites in one room for a massive group shot in celebration of their 100th anniversary, they called Art to get the photo.

According to the story on FStoppers, Art fired 63 frames on a Hasselblad H2 camera with a Phase One IQ-160 back and a 150mm lens, in just five minutes and forty-two seconds . He shot the photo in three sections, and in post production, the left, middle, and right sections were merged into the final triple page spread that appeared in Vanity Fair. All 116 people were on stage at one time. Nobody was stitched into the photo.

But that six minutes of shooting was the product of days of preparation. Art’s crew of 10 assistants used 57Profoto heads, and gridded 34 of those heads with Magnum P50 dishes as the key light for the 40-foot stage. He couldn’t use side lighting on such a wide stage, so he decided to mimic the “Broadway” style stage lighting, and light from above. Art’s set designer constructed a custom designed three-rectangle rail and truss system that would drop from the ceiling, and his crew took 57 Profoto 7 heads with a mix of gridded P50 magnum dishes, 7 inch reflectors, and strip banks and affixed them in an array on the truss, hoisted it onto the ceiling, and tested to gauge the light direction. (read more on the lighting set up here).