BumpyPhoto Wants To Convert Your Photos Into 3D Images

Ever felt your photos were just too flat? How about having them printed in 3D instead? 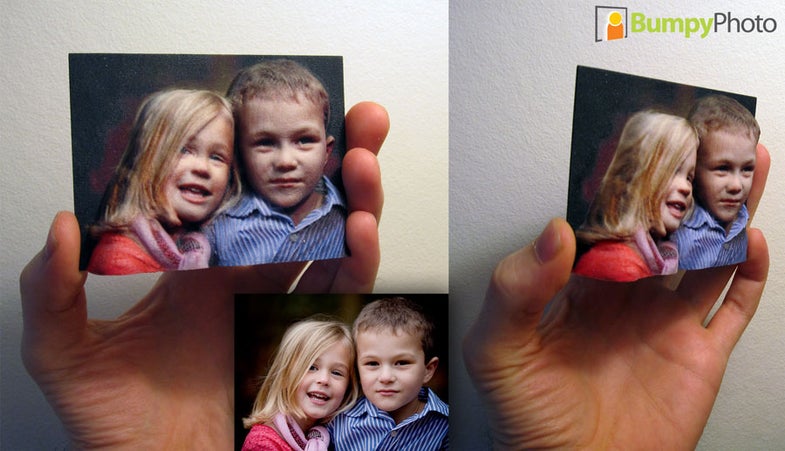 In an idea so bizarre that it’s actually being developed twice, a company is promising to transform your photographs into 3D relief sculptures. Starting at $59, BumpyPhoto will take your standard photo, and use their software to create a 3D printed model, giving you a bizarre take on a traditional photo.

The prices rapidly ramp up as you boost the size of the print and the number of objects to be converted, doubtless due to the extra work required with additional objects. BumpyPhoto says their technique comes from a constructed “photorealistic color depth map”, but I wouldn’t be surprised if a significant amount of human tweaking is required for each image. If you use Autodesk, there’s actually a free beta program that does something similar called Autodesk 123D Catch, but it requires multiple shots of the object.

And there’s no denying that the images look slightly…offputting. The colors are washed out, and it’s hard to get a feel for the kind of resolution you actually get. There’s also the whole problem that the images can’t be undercut at all, so everything projects out perpendicular to the base. Yet Casio is working on something very similar, so who knows, this could be the next big thing.