The 2012 Gulf Photo Plus Shootout In The Desert 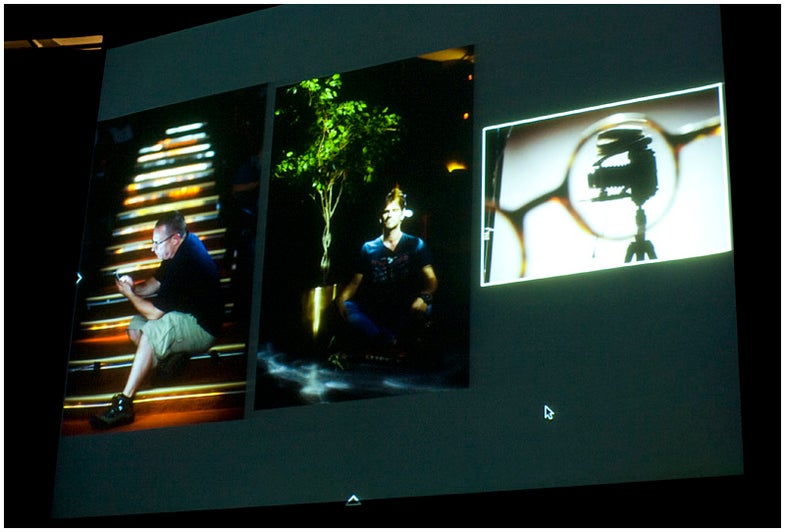 The Gulf Photo Plus conference has an annual tradition of pitting a trio of speakers against each other in an event dubbed The Shootout In The Desert. This year saw Martin Prihoda, Greg Heisler, and David Hobby all put head-to-head in a shooting challenge that gave them just 20 minutes to come up with, shoot, and edit a photo after they’re told the topic. 2012’s concept? A self-portrait, representing something the photographer is about.

Over at Strobist, Hobby has put up the three final images, his own lit with Apple iOS devices, Prihoda’s light painting, and Heisler’s offbeat, symbolic rendition of himself. Hobby also uploaded a video of the event, which we’ve embedded below. With each contestant given such a short time, and the heckling at full force, the resulting images are all fantastic.

Shoot-Out, GPP 2012 from gulf photo plus on Vimeo.