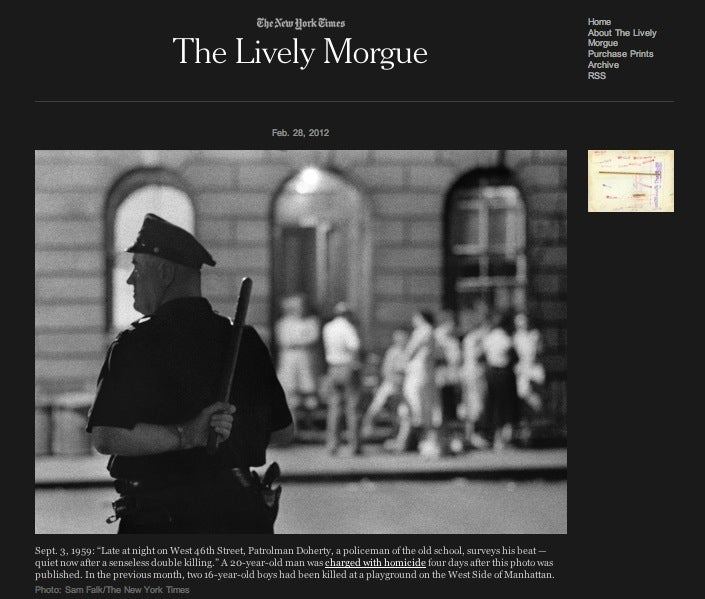 It seems that traditional publications are now hopping more and more on Tumblr, and the newest addition is the venerable Grey Lady. The New York Times is going to be showing off a selection of images from their immense archive on a new Tumblr called The Lively Morgue. “The Morgue” is the paper’s nickname for their photo archive, and here’s an idea of how huge it is:

A couple of times a week, the Tumblr will be updated with new images from the archives. Some of them will be available to purchase as prints, and some will have more background via the NYT’s Lens Blog.

The New York Times have gone above and beyond by not only scanning the image itself, but also the backs of the pictures, too. If you have any interest in the history of publishing or photography, it’s intriguing to be able to see the notes, captions, credits and more that have been scrawled on the back over the years.