With help from a seasoned American photographer, the organization aims to empower Haitians to show their country beyond the devastation 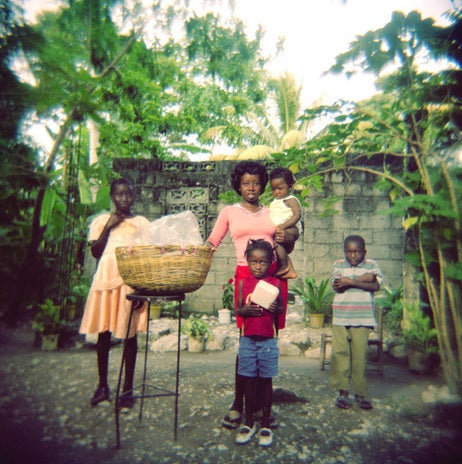 Two years after a catastrophic earthquake occured near the capital of Port-au-Prince, most of the images we see coming out of Haiti show damage and despair, and most come from foreign photographers. This is something American photographer Maggie Steber (who has been shooting in Haiti for 30 years) is trying to change through organizations like the nonprofit FotoKonbit, where she is an adviser.

While the 7.0 earthquake was characterized by the United Nations as “the largest urban disaster in modern history,” and rebuilding efforts have been slow, Steber wants the world to know that tragedy isn’t the only narrative the country has to offer.

Students in FotoKonbit workshops used Holga cameras to document their communities, and the resulting images are beautiful in their complexity—struggle, pride, love, simplicity, hope, despair—in a word: life.

“When you see what Haitians think is beautiful to photograph, important, profound,” says Steber, “you learn more about them than anything an outsider can show you. To put cameras in the hands of Haitians give them the power to show us what they think is important.”