MIT Camera Can Record Laser Beams at One Trillion FPS 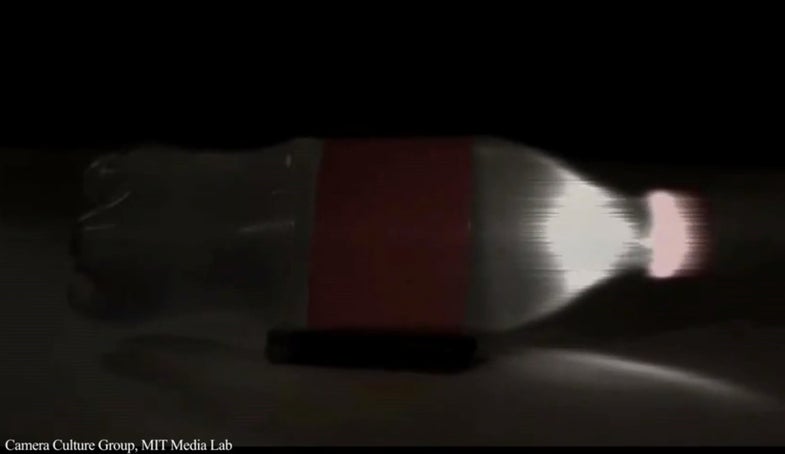 A new type of camera technology from MIT can trace a single beam of light as it travels through an object at a whopping trillion frames per second. But, believe it or not, it’s actually a lot more complicated than it sounds. Unlike a traditional high-speed capture rig, this isn’t as simple as recording images at a ludicrously high speed. Instead, it has 500 sensors, all of which are timed down to picosecond accuracy. The subject is illuminated multiple times, and each time a different area of it is recorded, and then these are stitched together into a single video file.

The camera itself can only capture 1.71 picoseconds of footage. The final video is then assembled into a complete file. It requires repeatability, or else the entire process is moot.

While the descriptions of this technology talk about “watching photons”, that’s not exactly what happens. If you see a photon, you intercept it, and it doesn’t go any further, so it’s impossible to actually see a photon travel. This rig sends pulses of light from a laser and then records the photons which refract off, giving you the location of the beam of light itself.

Even with these caveats, it’s an incredibly cool technology, and one that could have incredible applications in science and industry. It’ll allow us to better map and understand how light travels and interacts with objects on a scale never before seen.