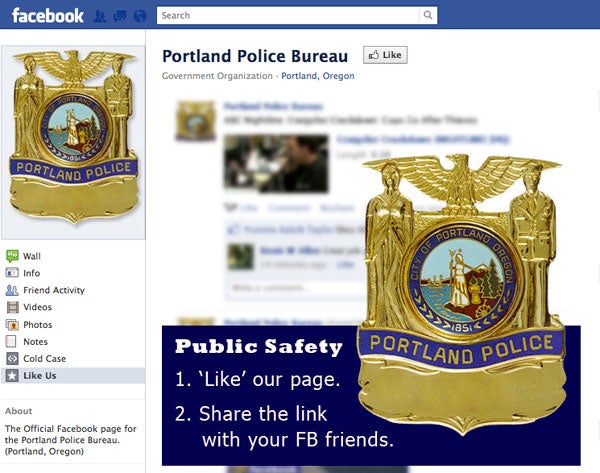 Mugshots are public record and the way that they’re handled varies from place to place. They’re not quite as free and clear as all of those great NASA photos, but they are often made extremely public. Chances are that people arrested in Portland, Oregon, however, didn’t expect to end up on PD’s Facebook page.

The phenomenon first came to light when the media noticed the faces of temporarily incarcerated Occupy protesters popping up in news feeds. Boing Boing talked to the sergeant over at the department and found out that it’s common practice for them to post news releases automatically to Twitter and Facebook. Those releases often include head shots, which end up in the social media galleries.

While it doesn’t seem that there’s anything legally wrong with the photos ending up where they are, it is a little…creepy. Facial recognition software is getting scary accurate and with something as simple and straight forward as a mugshot, any program looking for a person on the web would almost certainly be able to find them without any trouble. Luckily, it appears that the photos seem to always be accompanied by text giving context, but it still seems a little odd that Occupy protestors who were scooped up and released almost immediately now appear on the same piece of Facebook real estate as armed robbers and murderers.

How do you feel about this? Should the use of these public domain images be restricted? Or is this just the natural movement of things toward social networks?