A photo booth in a haunted house is an excellent idea. 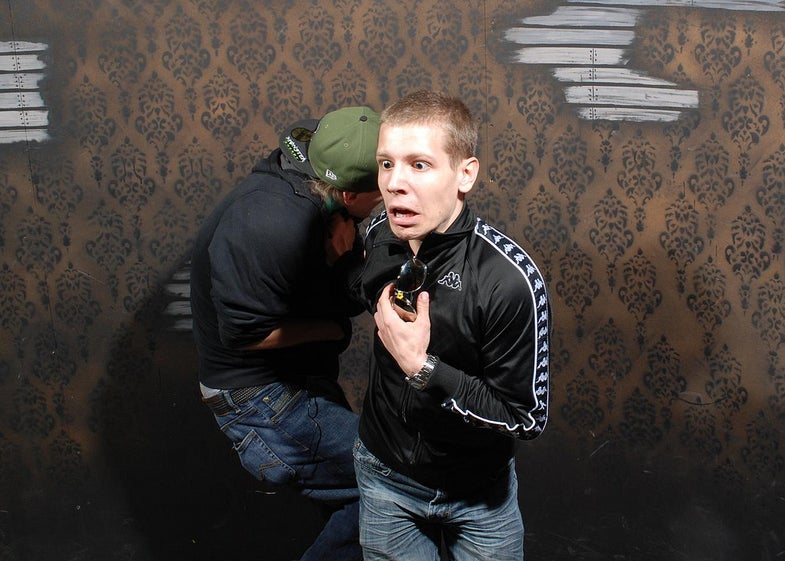 Nightmares Fear Factory in Niagara Falls is a haunted house type deal that specializes in scaring the ever-living heck out of all the tourists that come through their dark and creaky doors. But they also have a policy which can only be described as pure evil: they put photos of you being terrified up on Flickr.

From what we can gather, these photos are all taken at the same point in the tour, when it seems like you’re almost hit by a car speeding through the darkness, and a flash fires, capturing your utter and abject horror. Have you ever wanted to see what complete and utter terror looks like? Or the ever hilarious “big guy hiding behind girlfriend“? Honestly, we could do this all day, like linking to what appears to be an attempted murder in the factory. It’s kind of like the rollercoaster pictures you get at an amusement park, only funnier.

And while I might poke fun, I’d like it known that if I was in any of these photos, I’d be the one cowering in the corner like a 10-year old having just watched Poltergeist. Or doing what this guy did.