Just how insane is what a firefighter faces on a daily basis? Just check out this footage. 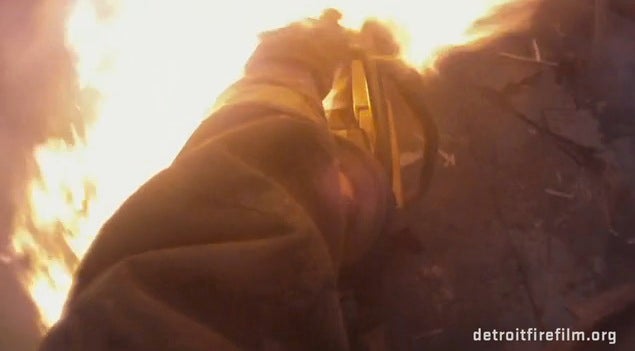 Burn is a documentary struggling for funding, a movie that follows the firefighters of Detroit for a year in a city that much of America has written off as dead and dying. The footage above? It was shot with Contour HD cameras, much like this one (or something like this could work otherwise.) Normally used for extreme sports of one flavor or another, this time they’ve been repurposed to give us a first-person view of trying to hold back the flames of a burning building.

This incredibly intense section of film was released as part of a Kickstarter to help fund and finish the movie for a 2012 release date. Pegged at 95% shot and 70% funded, this is the big last push by director/producers Tom Putnam and Brenna Sanchez to get the money they need. With just more than a month to go on the project and more than $78,000 still required, it’ll be difficult for them to hit their mark.

The footage shows incredibly well just how dramatic and terrifying firefighting really is, and these men and women face these dangers on a day to day basis, especially in a city like Detroit with an astronomical arson rate.