An Oxfordian retiree with a penchant for repairing cameras has managed help raise thousands for charity thanks to his skills. 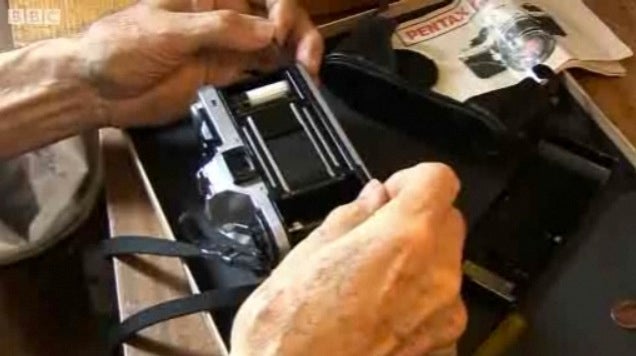 Milo Shott is a retired physicist living in Oxford who turned a childhood love of photography and skills with his hands into a charity event that has raised more than £100,000. Old cameras are donated to Oxfam, which Shott then fixes up and they’re sold at events that are held every three months, often to huge lines of camera enthusiasts.

The week-long sales generally pull in £3,000 or so, all of which goes to help the charity in its efforts around the world. Shott said that only around one in every hundred donated cameras is in good enough conditions to sell, “practically all my free time is spent cleaning, checking and repairing, and I enjoy it. I like fiddling with mechanical things and I also find it’s slowing down my arthritis. It’s good for everybody. People get decent well-checked cameras and I have fun.”

Camera repair is something of a dying art, especially amongst digital photographers. Older mechanical gear was much easier to get inside and at least get an idea as to what was happening, but if I took a look inside my D7000, I’d have no idea where to even being looking for problems. It’s great to see that there people out there who have enough knowledge to fix beat up old gear, and do something worthwhile with it.

Even if you’re not quite so mechanically minded, there are still plenty of ways for photographers to help out charities. For example you can take photos of pets at an animal shelter and help them get adopted, or you can help get photos of family to deployed soldiers.