Still in development, Warco is a video game that wants to put you in the shoes of a conflict photojournalist rather than an army grunt 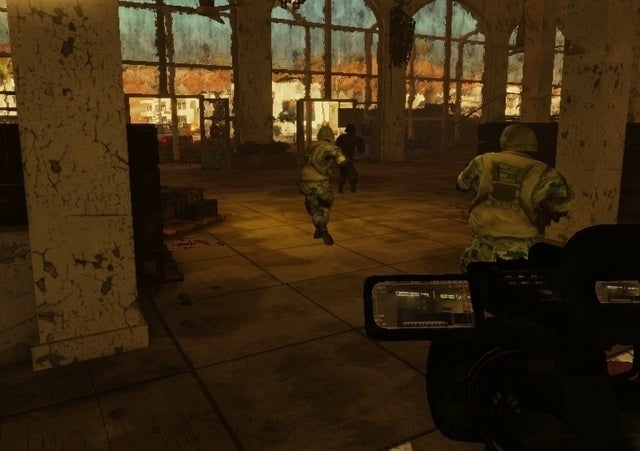 The video game genre of first person shooters — better known as FPS — is one generally that casts you as a foot-soldier in a battle, be it realistic or fantastic. You have guns, you shoot the bad guys, and any sort of character development or moral grayness is often ignored. Warco, a game currently in development by Brisbane-based studio Defiant Development is hoping to change all of that. Rather than giving you a shotgun, they give you a video camera, and cast you in the role of a photojournalist.

Ars Technica talked to the developers, and the project is the brainchild of them and Tony Maniaty, an Australian journalist. Here’s how they describe the main action of the game:

As the player, you’ll have to make decisions about what to film and in what light to film people in, exposing the horrors of both sides of the conflict.

Warco isn’t the first game to use photography as a mechanic: Beyond Good and Evil had you using your camera to expose a government conspiracy; Dead Rising was about a conflict photojournalist trapped in a mall surrounded by zombies, and you could snap photos of them for extra points; the nature photography game Afrika; and Pokémon Snap was an incredibly successful photography game, which was to on-rails shooters what Warco could be to FPSs.

Warco has the opportunity to be significantly different from any of these. It’s set in a realistic environment, and will push away from a strict good/bad dichotomy by requiring players to make moral decisions.

But as is always the case with video games, the devil is in the details. This is still very early in development, so we’ll wait and see how it handles things like deciding if you’ve recorded good footage, or how the decisions you make impact the game world around you. There’s an awful lot of potential behind this concept, so we’re hoping the developers can figure out the best way to utilize it.