How Do You Feel About The Changes In Instagram 2.0? 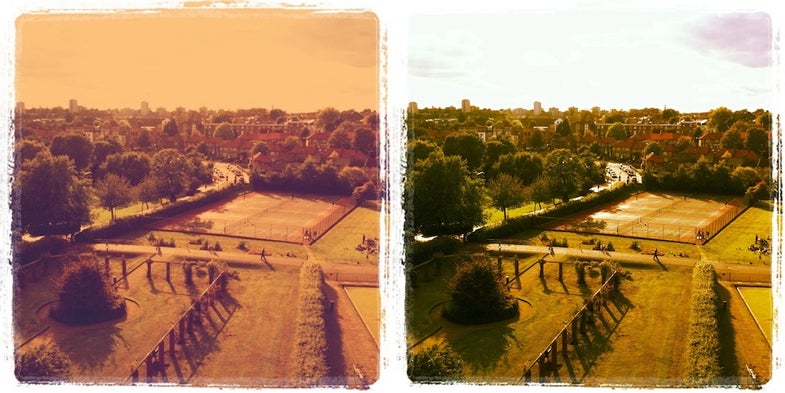 Instagram 2.0 was unveiled just over a week ago, and the massive overhaul of the popular photo app saw a new interface, a handful of new filters, the ability to see their effects live, and tweaks and changes to some of the filters we’d grown so accustomed to in previous version.

But what precisely changed with the filters? What was tweaked, and what was new? Blogger Owen Billcliffe of My Glass Eye has taken apart the app and shown the alterations — and explained exactly why he’s not happy with it. Personally, I never clicked to just how different the filters now were, and now that it’s been pointed out, I can’t help but agree, at least to a certain extent.

Billcliffe’s first point is that three of the more distinctive filters from older versions of the app have completely gone — there’s no more Apollo, Poprocket or Gotham — the latter of which will be extremely missed, as there’s now only one black-and-white filter in the app. He also points out that the three new filters — Amaro, Rise and Valencia — are remarkably similar.

He also points out that the new tilt-shift controls have killed the ability to set how harsh the transition is from one end to the other.

But by far the most polarizing aspect is how much the existing filters have changed. Sometimes, it’s just a minor tweak, but many have been dramatically altered, and not always for the better (see the Kelvin filter, above). I recommend reading the entire analysis, but Owen’s summary serves to drive home the point well, “across the board distinctive elements of each filter have been compromised. Filters that were washed out are now more contrasty. Filters that were contrasty are now more washed out. They’ve all drifted towards the same look.”

If you really don’t like the new Instagram, Billcliffe has put together a tutorial on rolling back to an older version. Instagram has said some updates are coming, but we’ll be interested to see how they respond to criticism.