Renowned celebrity photographer David Strick has brought a huge suit against the Los Angeles Times for running his photos without permission. 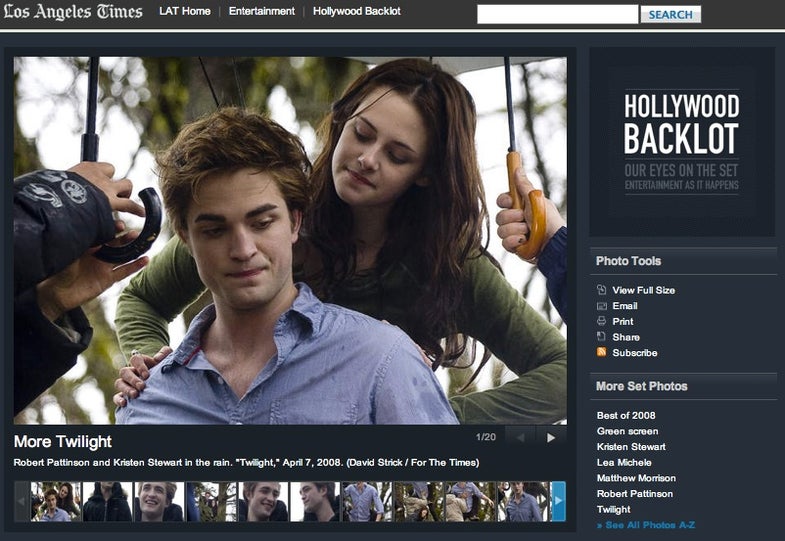 David Strick was brought on board with the LA Times in 2008 as an entertainment photographer. Known for his behind the scenes, on-set images, the paper hired him, and he stayed with them until 2010, when the paper decided not to pick up his option. Now a legal battle has sprung up over the images that he took while working for the organisation, that weren’t used until after he left.

While working for the LA Times not all of the photography that Strick submitted was used, and he claims that he retains the rights to the unused photographs as part of the contract that gave him rights to his own works. On the flip side, the Times argues that by uploading images to their content management system, Strick handed over ownership.

Additionally, Strick states that his contract was only with the LA Times, and not with any of its sister publications also owned by Tribune, so any usage by those are also illegal. He has cited 174 of his photos he claims are being used illegally, along with 510 copyright violations.

Ed Greenberg, Strick’s lawyer, claims that each infringement could be awarded as much as $150,000. While the pair aren’t looking for a specific amount, is seeking damages, attorney’s fees, profits gained from use of the images, and injunction against them using his work.

While it seems a case like this should be cut and dry based on the details of the contract, much of it hinges on some rather fine specifics. In addition to claiming that uploading the images counts as transferring rights, the Times argues that since he shot them on assignment, they belong to Tribune. However, Strick counters that since he wasn’t a staff member and wasn’t given specific items to cover, he retains ownership.

Think of this as a reminder to read all contracts before you sign them, regardless of how hard people are pressuring you to sign it quickly. Know who has rights to every picture you take, whether it’s published or not, and at what point everything changes hands.

And if you do find your image being used without permission, be sure to keep these steps in mind.