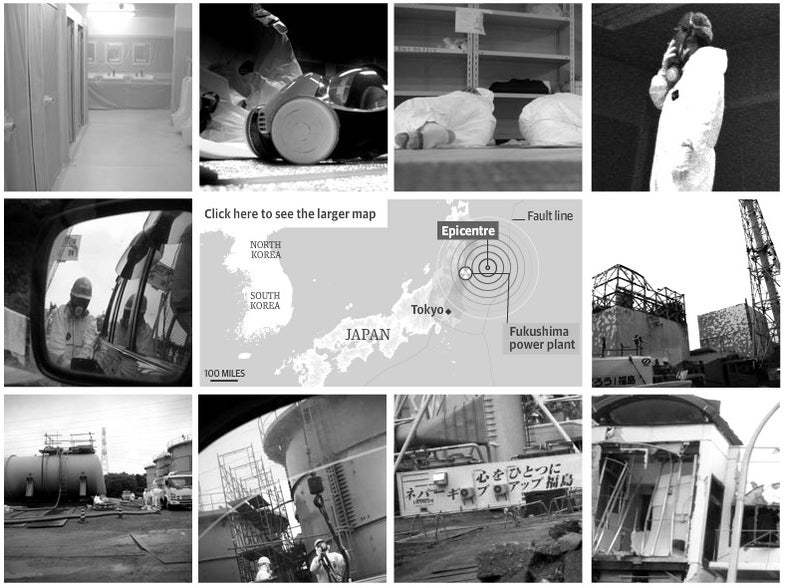 Ever since the disaster in Japan, access to the leaking Fukushima Daiichi power-plant has been tightly controlled — for obvious safety reasons. However, this control has meant that Tokyo Electric Power Company (TEPCO) has had complete control of the information going in and out of the plant, and we have very little idea of how the cleanup is going.

The Guardian has just posted a mini-photo essay by Japanese photojournalist Kazuma Obara, who went into the plant with a guide, and managed to take unrestricted photographs of what was happening. Obara had a friend who worked in the plant, who accompanied him and provided a cover story.

He used both SLRs and a small, silent camera, but even when people saw him taking photographs, no questions were asked. Obara points to the fact that very little information was given to the workers — they had no idea how their work was going, what other workers were doing, and they weren’t being warned about areas of dangerously high radiation.

The workers themselves seem not particularly care about their safety, especially due to the incredibly uncomfortable protective gear.

It’s a scary look at the conditions and situation at one of the largest disasters in recent history — and the way it’s being handled will do nothing to minimize people’s fears of nuclear power and its dangers.