This Photograph of an Asteroid Traveled 117 Million Miles to Earth

Vesta is one of the largest objects in the asteroid belt, and the Dawn spacecraft has just sent back the first detailed shots of this body 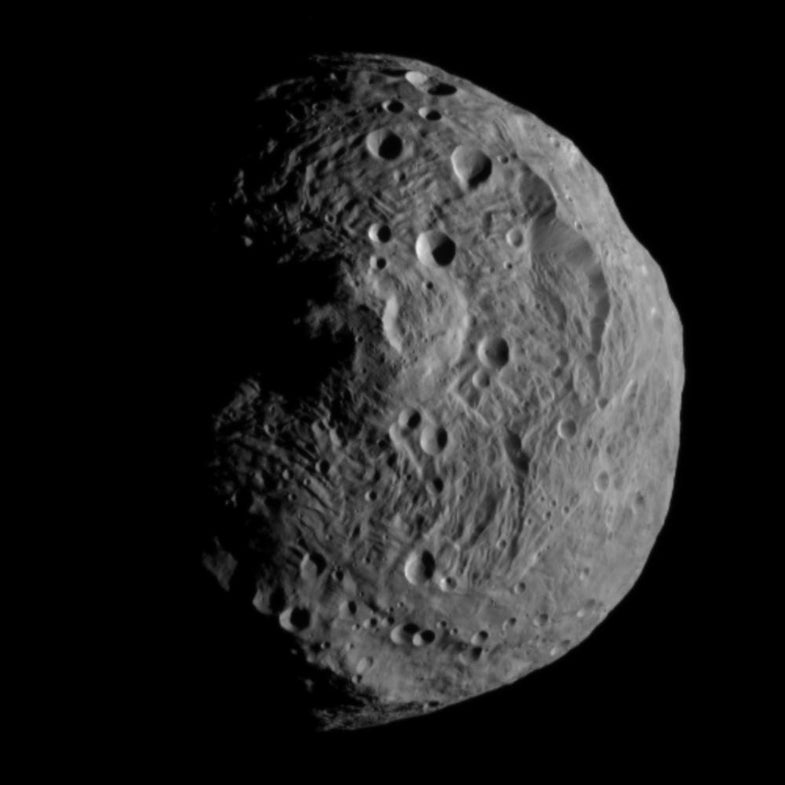 Some 117 million miles from Earth lies Vesta, the brightest and second largest asteroid in the asteroid belt — and NASA has just beamed back the first highly detailed shots of it ever taken. On July 15, the Dawn spacecraft became the first probe to orbit around an object in the asteroid belt, setting up camp to spend the next year analyzing Vesta. The image above was taken 9,900 miles from the asteroid, used by Dawn to navigate towards it accurately thanks to its framing camera — a unique bit of hardware which functions as both data recorder and navigation aid on its journey.

The Dawn has been en route for nearly four years, traveling 1.7 billion miles across the sky, and will now spend one year orbiting Vesta before heading for the dwarf moon Ceres (ETA February 2015). Meanwhile, it’ll spend its time around Vespa analyzing its 330-mile wide mass, and measuring its surface — and taking lots of photos with the 150mm f/7.9 camera system.

Because the framing camera is crucial for navigation as well as analyses, there’s a redundant, fully-separate backup unit in case the first fails.

Vesta is so interesting because NASA believes it to be an example of some of the oldest material in the solar system, the same stuff that was originally brought together to form the planets.

If you have a set of 3D red-blue glasses floating about, you can even see a 3D image of Vesta that NASA has taken, giving you a better feel for the bumpy and pock-marked surface.