A new study out of MIT shows that if you want to make your photos memorable, you need people, not landscapes. 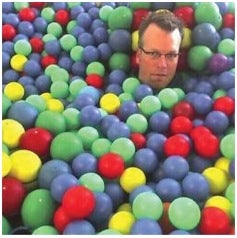 In a paper set to be presented at the IEEE Conference on Computer Vision and Pattern Recognition, taking place late June, researchers from MIT looked at what makes a photograph memorable. Not necessarily aesthetically pleasing or well composed, but one that sticks in your head. The answer? It all comes down to people. The images above are some of their most memorable, while the ones after the break are the pictures that quickly flee your mind.

The researchers compiled a database of around 10,000 images, and then had hundreds of test subjects sit through a subset of the photos, some of which were repeated. They were told to flag the ones they had seen before, essentially testing how well they remembered each image. The ones that were most memorable? Those that had humans in them, followed by photos taken on an personal scale (interiors and small objects), with large landscapes coming in last. Across all of their testers, this pattern staid true.

Using the information from the study, the researchers created an algorithm which analyzes the image for the key features are linked to how memorable they are, and tells you just how well that photo will stick in your mind. One of the researchers is even thinking of making it into an iPhone app to immediately tell you how memorable of a shot you just snapped.

The paper is available as a PDF online.