The image of the fallen Bin Laden that's circulating today is actually a fairly obvious Photoshop job. (Warning, graphic images after the fold). 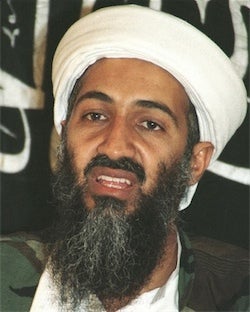 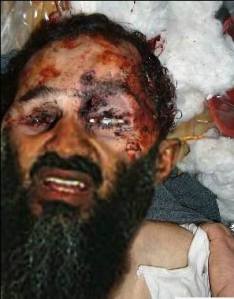 This photo has been doing the rounds since the news that Osama Bin Laden was recently killed during US action in Pakistan. However, it’s not the real deal, rather a poorly constructed Photoshop that’s been around for at the very a couple of years. Here’s the same image in a blog post in during the Bush presidency. The Photoshop itself is a combination of two images:

If you’re not convinced, here’s an overlay:

The edit has been bouncing around Facebook, Twitter, and a number of news outlets. It’s convincing enough that it made its way to Pakistani television, and some reports indicate that it popped up on MSNBC and AP, as well as news programs in France, Germany, and New Zealand.