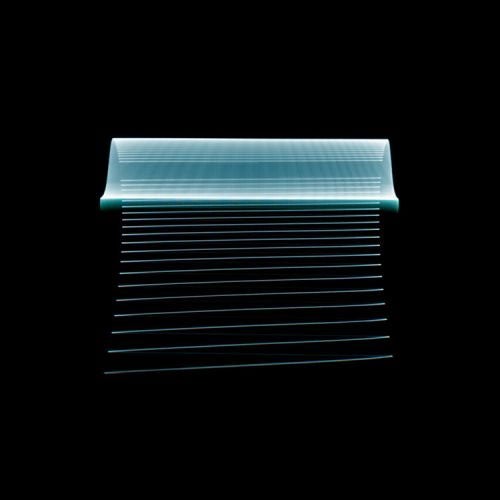 Those big, fat CRT TVs have been on the way out for quite some time. But, a young German photographer is holding onto his in order to make some unique and abstract photographs.

Tillman grabs a shot at the exact moment that the TV is turned off. Anyone who ever had a CRT TV is probably familiar with the lightning fast light show that happens at that moment, but never knew how pretty it was due to its short duration.

The resulting images are very cool. Some are more interesting than others, but as a series they offer a compelling look at a familiar (at least for people born before 1990) phenomenon.

For some insight on exactly what’s pictured, we pinged Al Griffin, editor at our sister publication, Sound + Vision for some expertise. According to him, “Some of the pictures appear to have captured the motion of electron beams in a CRT as they converge on and trace across the surface of the picture tube. Phosphorescent material coating the surface of the screen emits light when stimulated by the electrons. The normally rapid motion of the CRT’s red, green, and blue electron guns slows down when the TV is powered off, which explains how the photographer was able to capture it.

In the end, it’s just more evidence that even mundane objects can make incredible images in front of the right set of eyeballs.