Ditch these gadgets? No way! 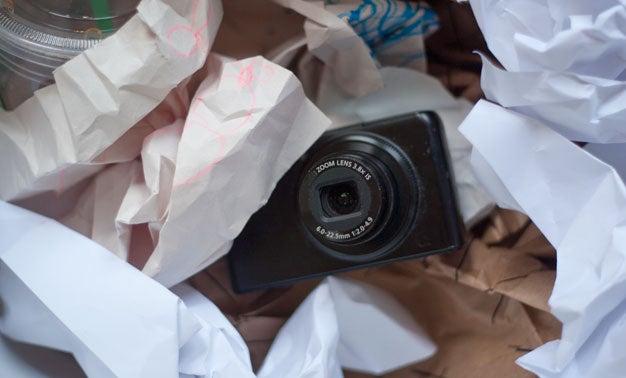 Are the days of compact cameras over? Nope.

One of the most-read articles in the March 24th edition of The New York Times was Sam Grobart’s “Gadgets You Should Get Rid Of (or Not),” which advocated consigning a number of electronic devices, large and small, to the dumpster. His position is that these gadgets have been superseded by smaller, or more convenient, or more efficient, or just plain cheaper alternatives. (For full text of the article, go to NYTimes.com.) The piece provoked considerable discussion among Pop Photo staffers, who disagreed with most of his recommendations. Following are some of Grobart’s proposals, with responses from Pop Photo editors.

Desktop computer: NYT recommendation: Lose it, unless you’re a hardcore gamer or video editor; laptops have all the computing power you need.

Pop Photo position: If you plan to do any serious still image editing, you want a desktop. Senior Editor Debbie Grossman: “Power is cheaper in a desktop than it is in a laptop. The biggest difference is the RAM—the more you have, the faster and more pleasurable your image editing and processing will be. It’s difficult to upgrade laptops, and without more than 4GB of RAM, you can’t take advantage of 64-bit computing. The other big reason is the display. Yes, you could hook your laptop up to a monitor. But either way, you cannot rely on a laptop’s monitor for color correction. Finally, hard-disk space: It’s cheap enough to get a 2TB drive for your desktop, but that much storage in a laptop is going to cost you, big time.

Cable TV: NYT recommendation: Lose it, unless you’re a diehard sports fan. Online subscription services like Netflix and Hulu Plus can replace it.

Pop Photo position: Whoa! If you’re a regular fan of certain TV shows, this could make you unhappy. Technical Editor Phil Ryan: “Replace your cable TV with services that add and drop shows at a moment’s notice due to ever-evolving content deals, because the system of internet-delivered TV hasn’t been figured out as a real business model yet? No dice.”

Point-and-shoot camera: NYT recommendation: Lose it. Compact cameras don’t take much better pictures than cellphones do. And: “It is hard to share photos until you have transferred them to your computer, and there are no apps for cameras, as there are for smartphones, that allow you to quickly apply cool filters and treatments to the shots you took.”

Pop Photo position: Sam Grobart is waaaay behind the curve on this one. Unless you’re strictly a casual snapshooter, you’ll be much happier with the quality of the pictures from a compact. Senior Editor Dan Richards: “Point-and-shoots offer considerably more in-the-camera adjustments than even the most sophisticated cellphone cam. An increasing number of compacts have either ad hoc wireless connectivity, or full-bore WiFi capability, and onboard apps for configuring the images and video for destinations like Facebook and YouTube. And if it’s cheesy “cool filters” you want, current point-and-shoots have plenty of them built in—no rummaging around for apps necessary. More important, a lot of compacts offer genuinely cool and useful features like sweep panorama, or noise-reducing night shot mode.”

Video camcorder: NYT recommendation: Lose it. For casual video, smartphones are adequate. And for really high quality video, you can use something like a Canon EOS Rebel T1i, and get interchangeable lenses to boot.

Pop Photo position: If you like taking videos you’ll love a dedicated camcorder. Ryan: “Your camcorder has a huge zoom lens, and continuous autofocus whose sound doesn’t bleed into the audio as with the T1i. On top of that, many people won’t be able to get even get properly focused footage out of the T1i, given that it’s pretty much limited to manual focus. And if you want an alternative to a camcorder, an interchangeable-lens compact (ILC) would be a much better choice.”

USB thumb drive: NYT recommendation: Lose it. Better to move files via the internet. For big files, use a service like Dropbox.

Pop Photo position: We often transport big files, and we like the security of having them backed up on USB drives or memory cards. Ryan: “Replace a cheap, convenient USB drive with a subscription service that depends on a fast internet connection? No thanks.”

Digital music player: NYT recommendation: Lose it. If you have a smartphone, you already have a music player—no need to carry another.

Pop Photo position: This is a quality vs. convenience issue, so there was a mixed response here. Ryan: “Ditch a music player that has at least a decent headphone amp to serve up your tunes in favor of a device that has space only for extremely low bit-rate music and a headphone amp that can’t drive even crappy earbuds correctly? No way.” Senior Editor Pete Kolonia: “I like listening to music on my smartphone. It connects directly to my music subscription service, so I’m not limited to what’s on my mp3 player. To my unsophisticated ear, the sound quality is fine.”

Cookbooks: NYT recommendation: Paper cookbooks should be replaced with iPad apps. “Complicated procedures can be explained by an embedded video. . . You can e-mail yourself the ingredients list to take to the grocery store.”

Pop Photo response: A veritable food fight. Editor Miriam Leuchter: “Totally wrong. There’s no way I’m going to use my touch-screen iPhone or iPad while I’ve got my hands covered in cake batter.” Grossman: “I actually love the iPad kitchen! I just keep it out of the way and keep my hands clean.” Richards: “I kind of like the idea. And you could always do what NYC delis do with cash-register keypads: cover the iPad in clear wrap.”

Finally, Phil Ryan brought up a larger issue. “He’s potentially misleading people into thinking less about the quality of their life experiences, such as music and image reproduction, while he could be reminding them that with a little bit of effort they can have better things—richer sounding music, more vivid, sharper images, and so on.”