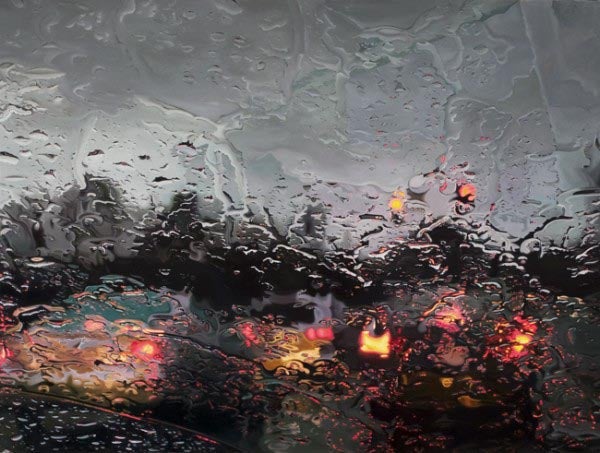 While the two images above seem pretty similar in their subject-matter, a view from within a car on a dreary day, one of the two is actually a painting while the other is a photograph. Can you guess which is which?

Give up? The top image was painted by Washington DC-based artist Gregory Thiekler and the other was shot by us. Thiekler is actually a hyperrealist painter whose work is meant to imitate a photograph that appears to have been taken by someone stuck in a car on a rainy day—a fascinating concept.

When we came across these images, we too were fooled into thinking they were photographs, but quite the contrary. To see more of Gregory’s incredibly realistic images, check out his Web site: http://www.gregorythielker.com/.