Getty Images has launched a massive online collection of 80,000 iconic American images—know as the Archive Photos collection—which were selected from the world-renowned Hulton Archive. the archive spans both historical and cultural events. 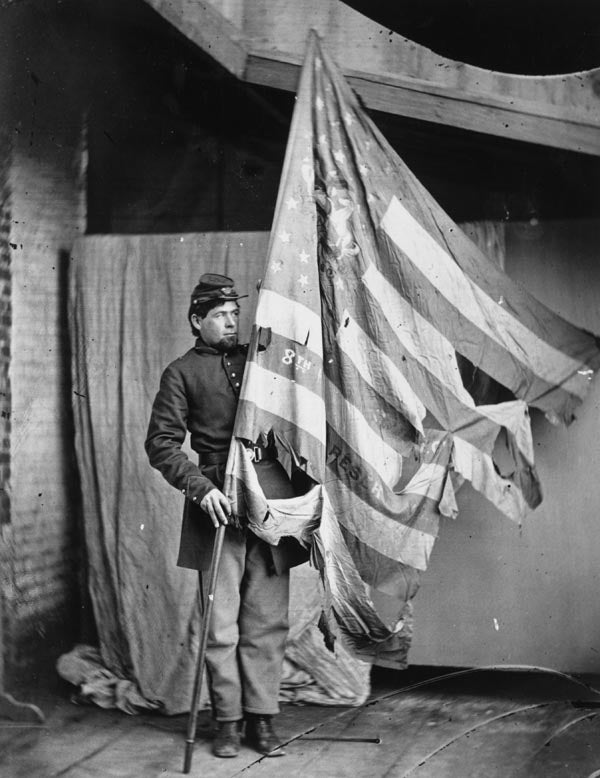 A soldier holding up the torn flag of the 8th Pennsylvania Reserve Colour Guard during the American Civil War. Photo by MPI/Getty Images

Getty Images has launched a massive online collection of 80,000 iconic American images—know as the Archive Photos collection_—_which were selected from the world-renowned Hulton Archive.  The images were picked specifically to showcase America’s most defining moments, from the signing of the Declaration of Independence to the Apollo 11 launch; the archive spans both historical and cultural events.

Getty spent several months selecting and digitizing the collection and will be continuing to add to it regularly. While many of the images in the Archive Photos collection were originally taken from newspapers and press agencies, the archive also contains drawings, etchings and sketches from the days before photography was invented.

The Hulton archive is one of the largest and most well-respected photojournalistic collections consisting of more than 80 million images from around the world.

To see the Archive Photos collection, head on over to: Getty Images