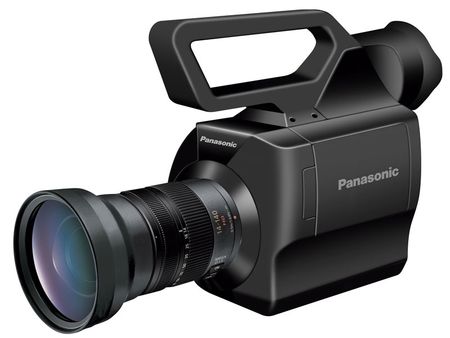 Using a micro four thirds sensor to capture video isn’t an entirely new idea, but basing a professional movie camera around the format surely is. Panasonic’s new AVCCAM, which is scheduled to launch by the end of this year, is compatible with the growing selection of micro four thirds lenses and has all the bells and whistles you’d expect from a high-end movie camera. It shoots full 1080 and 720 HD footage with native 1080/24p recording, “variable frame rates (59.94, 50, 29.97, 25 and 23.9p) and professional audio capabilities.”

The press release claims that the new format offers depth of field that’s more similar to a traditional 35mm movie camera in a less expensive body, but an actual price never makes an appearance. While it’s sure to be less expensive than typical pro video cameras, it will still be a big stretch for casual shooters. It’s equipped with advanced features like two XLR ports for adding microphones, time-code recording, a built-in neutral density filter and even supports SDHC and SDXC media cards, which means you can go all the way up to 2 TB of storage, once they become available.

With so many film makers opting to use HDSLRs in their productions, it will be interesting to see if a product like this is able to thrive. Time will surely tell.