26-gigapixel image is the “world’s largest”

but the numbers involved are impressive. 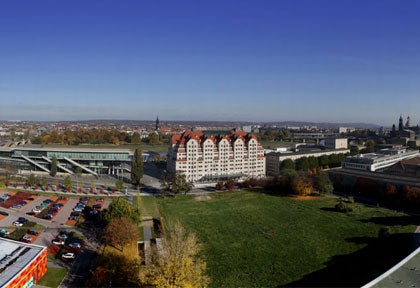 Looks like we have a megapixel war of a different kind goign on at the moment. This rather enormous image of Dresden, Germany was stitched together from 1,665 21.4-megapixel images from a Canon 5D Mark II equipped with a 400mm lens. The final result is an image with a resolution of 297,500 x 87,500. You can scroll around the image and check out the impressive detail on the official site.

We have seen this kind of thing before and we can’t verify that this “picture is the largest in the world,” but the numbers involved are impressive. It took a machine with 48 GB RAM and 16 processors 94 hours of number crunching to turn 102 GB of raw data into this super-image. Just typing those numbers are making my MacBook Pro cry a little. -Stan Horaczek