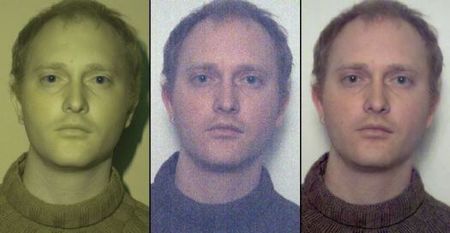 As advanced as modern flashes have become, no one has quite figured out how to make one that doesn’t scald the eyeballs of your subjects. New York University scientists, Dilip Krishnan and Rob Fergus have come up with an incredibly smart system they call the “dark flash.” The system works by opening up the camera’s sensor to IR and UV light and taking two exposures. One uses the expanded spectrum to capture areas of contrast, much like night vision goggles. The other image is used to capture color data, then the two are combined using software.

As the above answer illustrates, the results are still far from perfect. But, if flash isn’t an option and the scene is darker than even ISO 6400 can handle, it could be a useful tool. Of course, it may have to be tweaked before it ever makes its way to the public. Back in the late ’90s, Sony released a camcorder that utilized the IR spectrum and creative creeps soon found out it was able to look through people’s clothing. Yikes.