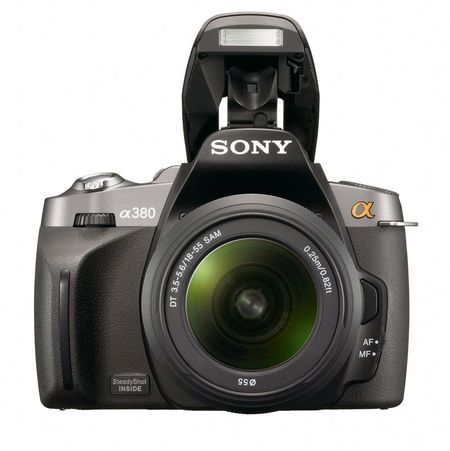 The A380 and A330 use the Quick Autofocus Live View system with a 2.7-inch LCD that tilts up and down. They can’t quite compete with the screen acrobatics of Nikon’s D5000, but it’s an improvement over previous models. Each new body also has the SteadyShot INSIDE image stablizing system, which is welcomed on cameras that weigh so little.