How We View Obama

Last night I participated in a symposium of sorts on one of my favorite blogs, Bag News Notes. The topic was how the Obama presidency has been presented in pictures over the course of its first 100 days. Michael Shaw, who writes the blog, had picked out a number of interest images made since January 20, some of which I knew and other that were new to me. One of those was the image here, which shows the new president greeting general at the Pentagon on January 28. 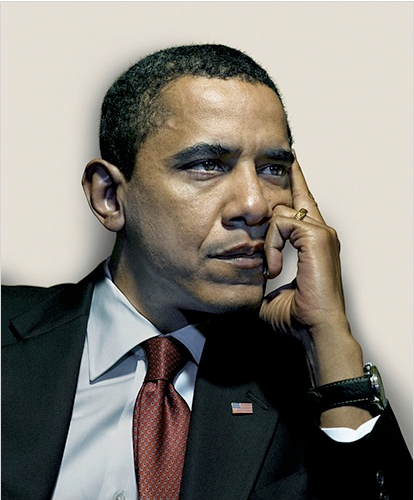