Wait — A Magazine Cover Without Photoshopping? 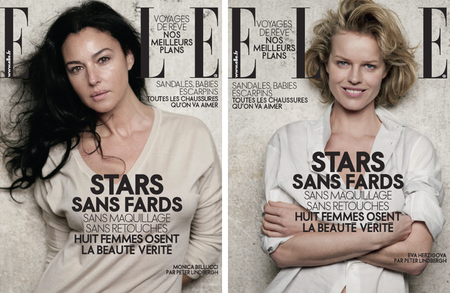 Well, well, well. Isn’t this a surprise. With all the recent hubbub about Photoshopped celebrities in magazines (which is frankly just a fact of life these days), French ELLE decided to feature three women with no makeup or Photoshopping for the April issue (the photos were shot by Peter Lindbergh). This is perhaps more shocking than any leaked photo of an un-retouched Kim Kardashian. It’s not lost on us that they chose three of the most beautiful women in the world (not shown: Sophie Marceau), so is this really that risky of a stunt?   —Lindsay Sakraida