Tip of the Day: Linear vs. Circular Polarizers

think of a slotted grate. 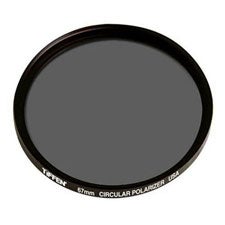 _  Q: You’ve said to use a circular polarizer to make skies bluer, reduce reflections, etc. Aren’t all polarizers circular? And how does a linear polarizer work? —Frustrated Photographer_

A: “Circular” has nothing to do with its shape—circular polarizers can also be rectangular. And linear polarizers are also made in a round, rotating filter mount. Both types reduce reflections by aligning light waves in ordered ranks. A linear polarizer passes waves that are aligned in a linear fashion; think of a slotted grate. Circular polarizers work the same way, except that they add an additional layer of filter material, called a quarter-wave plate, that cranks the polarized light a bit off kilter. (It’s much more complicated, but believe us, you don’t want to read all about it.) “Circular polarization” was already a science term when the filter was invented, adding to the confusion. Circular and linear polarizers produce the same effects. But the latter can create problems with autofocusing and in-camera metering, for which DSLRs use semitransparent mirrors (also called beamsplitters). Linear polarizers tend to (surprise!) suppress reflection in the beam-splitters. Circular polarizers’ slight rescrambling of light allows the AF and metering to work normally, which is why DSLR makers recommend them. Circular polarizers are considerably more expensive—sometimes twice the price. You can economize by using a linear polarizer if you’re willing to focus manually (or manually touch up the AF) and diligently check your exposures using a histogram.

From Picture Doctor May 2009