Last night I crammed myself into Aperturell be going back to get a better sense of the show. But I can tell you now that it is a moving experience--even stunning, in that sense that it stuns viewers with its glimpse of humanity and the seeming inhuman acts that mankind is capable of. 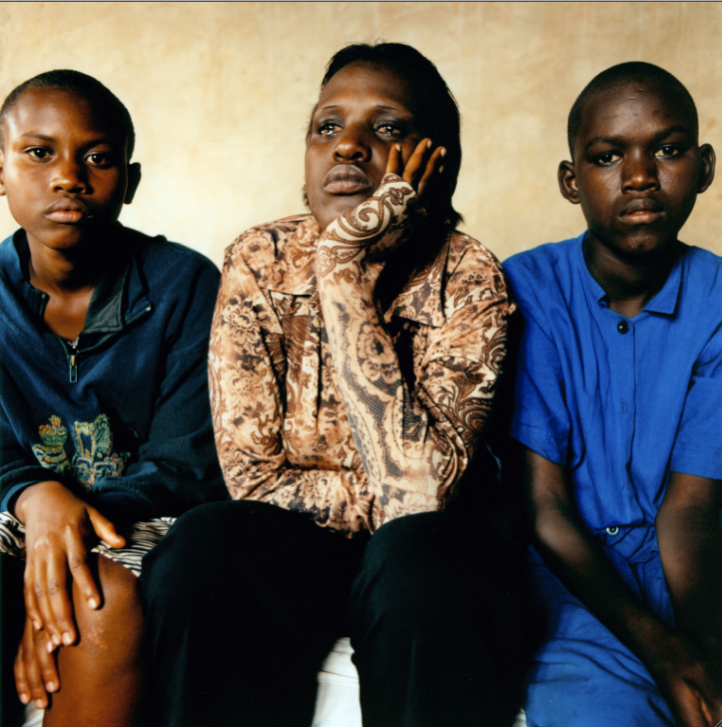 Last night I crammed myself into Aperture’s exhibition space in Manhattan for the opening of Jonathan Torgovnik’s “Intended Consequences: Rwandan Children Born of Rape.” It was crowded, like a lot of Thursday-night exhibition openings, so I’ll be going back to get a better sense of the show. But I can tell you now that it is a moving experience–even stunning, in that sense that it stuns viewers with its glimpse of humanity and the seeming inhuman acts that mankind is capable of. (Aperture is also publishing the images in a book due in April.)
From 2006 through 2007, Torgovnik, a New York-based photojournalist, made several self-funded trips to Rwanda to shoot portraits of women who were raped during the 1994 genocidal uprising, when Hutu people killed some 800,000 Tutsi in 100 days. During that time, Hutu militia also began using rape as a weapon of ethnic cleansing. Torgovnik photographed 40 of those victims, and the children that were born of the rape.  He also interviewed the women about their experience.
Torgovnik began the project while working on a Newsweek assignment about HIV in Africa. He met a woman he calls “Marie” (he has changed all the womens’ names to protect their privacy), who told him a story that changed his life. That is Torgovnik’s portrait of Marie and her daughter, Mary, and her cousin, Jacqueline, above. What follows is Marie’s story, in her own voice.

“When I heard the bullets, I ran and hid under the bed in the bedroom. They had killed muy aunt and uncle, but they hadn’t killed their baby, Jacqueline. When I came out from under the bed, it was one of the most shocking moments in my life. They had raped my auntie, and there was blood flowing out of her private parts. Even though she had been killed, they put the baby on her breast. The whole sitting room was full of blood and dead bodies except for the little kid who was alive, but sucking the breasts of her dead mother.
“We were attacked by a gang of Hutu men. I started to scream and to shoult and to make noise. One of them hit me hard in the chest so I couldn’t make any more noise. They negotiated among themselves which one of them wold take me home. And one of them raped me. After the rape, I couldn’t speak. He raped me over and over for about an hour, and when he was done he left me their unconscious.
“I stayed at a roadblock for a week. While there,  I saw them kill people, I saw them rape women, I saw them throw people in pits. Despite what they were doing, they were not afraid of the consequences. There were ten men, and they took me in and raped me. One would come in, and when he would leave, another one would come and go. I couldn’t count how many there were. After the last man raped me, I told him I was thirsty and asked if he could give me some water. He said yes and brought a glass. Once I drank it, I realized it was blood. The man said, ‘Drink your brother’s blood and go.’ That was the end.”

Many of the women Torgovnik photographed and interviewed admitted to him that they cannot look at the children they bore as a result of rape and not think about that period. Some said they could not find love for the children. Others said they lived only for their children.
One of the interesting aspects of this project is how it reflects the potential and reality of photojournalism today. With the loss of magazine and newspaper pages, photographers have turned to other avenues, such as non-governmental organizations, to back their work. Torgovnik is adept at that. He also launched Foundation Rwanda, which is raising money to provide education opportunities for the children he photographed. In other words, the role of the photojournalist more and more goes beyond simply illuminating or educating. Torgovnik is the prototype photojournalist/activist. –David Schonauer