Killer Waves and Cameras: A Day at the Beach with Chris Anthony and His Muses

Most people like the beach on pleasant, mild days. which will be on view starting tomorrow at the Corey Helford Gallery in L.A. 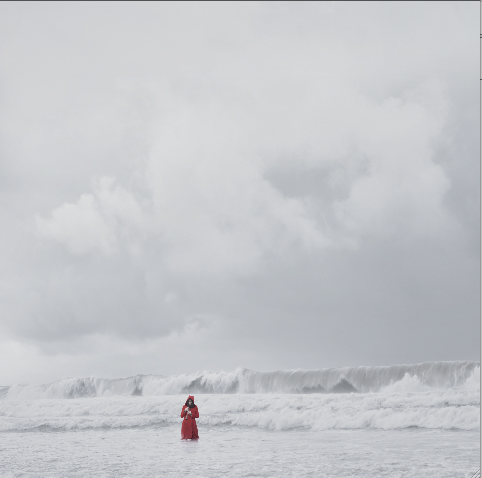 Most people like the beach on pleasant, mild days.  Los Angeles-based fine-art photographer Chris Anthony likes prefers overcast, cold days with thundering surf. The winner of American Photo’s 2007 Images of the Year Competition, Anothony spent several months working on his latest project, called “Venice,” which will be on view starting tomorrow at the Corey Helford Gallery in L.A. Every time the weather got gloomy, he would head out Venice Beach with his Ebony 4X5 camera and a few old Hasselblads and stand in the pounding water with his models—who included  Emily Deschanel, star  of FOX TV’s “Bones,” actress Jacinda Barrett, artist Mercedes Helnwein, and My Chemical Romance lead singer Gerard Way.

“The series is not called Venice because it was shot at Venice Beach, and it’s not named after that most splendid of cities,” says Anthony. “Venice is a metaphor for a sinking world. Or a world washed away. And so there are aquatic survivors.” Climate change is now the subject of art!

“There were times when I was up to my stomach in the very cold water, with a large and bulky view camera, waves crashing into it, trying to keep sheets of film dry, when I wished that I was using a 35mm camera,” says Anthony. The models, bogged down with gear and props and heavy costumes, may have had it worse. “They were forced to be still while being spanked by waves,” says Anthony, who grew up in Sweden, where he learned the charms of being soaked in ice-cold sea water. “My models did not share that enthusiasm,” he notes.–David Schonauer