They are extremely attractive. They make sizzling celebrity images. They used to be romantically involved but now they they simply argue about creative decisions. which is set to debut in January 2010. 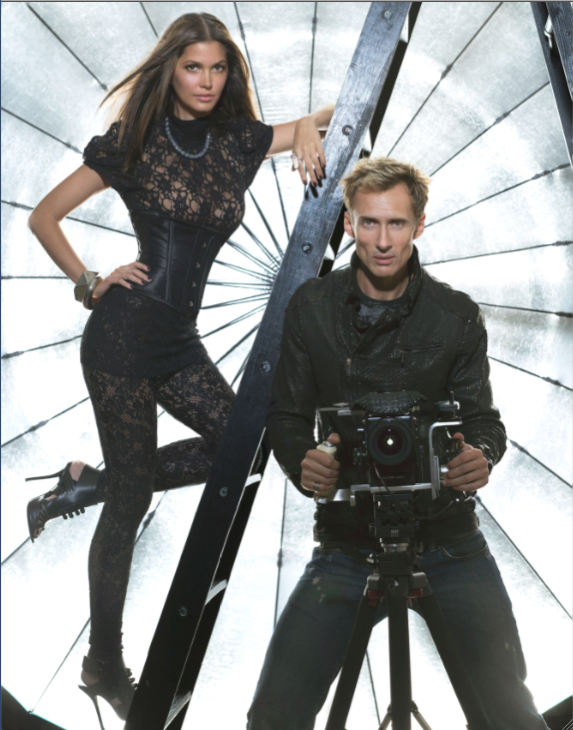 They are extremely attractive. They make sizzling celebrity images. They used to be romantically involved but now they they simply argue about creative decisions.  And they may be televison’s next big reality  stars.
The Bravo cable channel announced today that the photo team of Markus Klinko and Indrani will  be the focus of a new series, called “Double Exposure,” which is set to debut in January 2010. Here’s how Bravo describes the show:

“Double Exposure (working title) follows photographers Markus Klinko and Indrani, along with high-end stylist GK Reid, giving viewers a taste of the fast-paced world of high fashion and celebrity photography. From album covers for David Bowie and Beyoncé to prize-winning photographs of celebrities like Lindsay Lohan and Kate Winslet, Markus and Indrani have shot virtually every contemporary boldface name and countless other iconic images for fashion campaigns and magazines. With two former lovers working together 18 hours a day in incredibly high-stress environments, filled with deadlines, stretched budgets, expensive locations and demanding talent, it’s not unusual for sparks to fly both on camera and outside the frame. “Double Exposure” is produced by Juma Entertainment for Bravo. Bob Horowitz and Lewis Fenton serve as executive producers.”

I happen to have already seen a short pilot of the series, and think  it’s absolutely terrific. The two stars are charming, funny, and talented. Throw in some behind-the-scenes photo shoot material and a few superstar portrait subjects, and you’re looking at something special.–David Schonauer