Why Do the Japanese Hate the iPhone? No Camera…

I dont made in Japan (including Nokia and Motorola models). 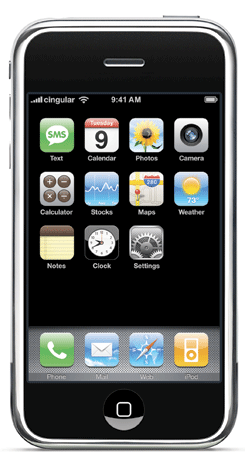 I don’t get to Japan much…never, as a matter of fact, so I wasn’t aware that the Japanese really hate the iPhone. While the the Apple device has been a huge hit everywhere else on the globe, sales have sucked so much in Japan that dealers are now literally giving it away when customers sign up for a two-year carrier plan.
Why? According to this article on wired.com, there is some cultural prejudice at work. Traditional, Japanese don’t like cell phones that aren’t made in Japan (including Nokia and Motorola models). The price of the iPhone monthly carrier plans–relatively high for Japanese customers–have also been a turn-off. But mainly it seems that Japanese cell phone users like feature-rich models with great cameras and video capabilities, which the iPhone doesn’t have. The article says cell phones are much more of a fashion accessory in Japan than in the U.S., and Japanese don’t consider the iPhone stylish. On that point I might quibble.–David Schonauer