Photojournalist To Sue Michael Moore Over Photo Use

Photojournalist Michael Yon says he will sue Michael Moore over Mooret hear from him, Yon says, he will file suit over the unauthorized usage. 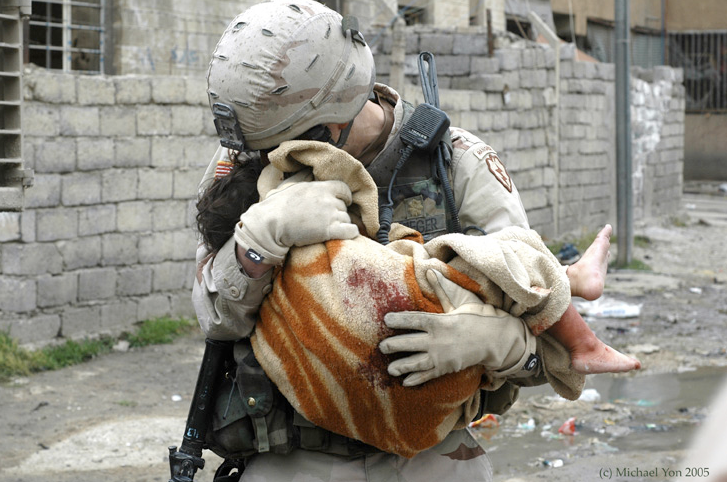 Photojournalist Michael Yon says he will sue Michael Moore over Moore’s use of a photograph made by Yon in Iraq.
The picture, made in 2005, shows an American soldier cradling an infant covered in bloody blankets. The child later died.
Yon says that Moore used the photo without permission on his website. The photographer says he has made many attempts to contact Moore to discuss the issue, but that he has never heard back from the controversial filmmaker. If he doesn’t hear from him, Yon says, he will file suit over the unauthorized usage. Yon discusses the matter on his website.
Yon says that Moore’s use of the photo made it seem as though American troops had wounded the infant. “That is absolutely not true,” he says.”She was the victim of an insurgent’s bomb.”
I didn’t see how Moore used the image. But I’m wondering what legal basis Yon has for his proposed suit. Fair use covers a lot of ground these days.–David Schonauer