Inauguration Wrap-Up III: Do We Need a Secretary of the Arts?

In the wake of the inauguration, I My colleague Phil Ryan at Popular Photography sent me this article from Newsweek, which takes up the question of whether the U.S. 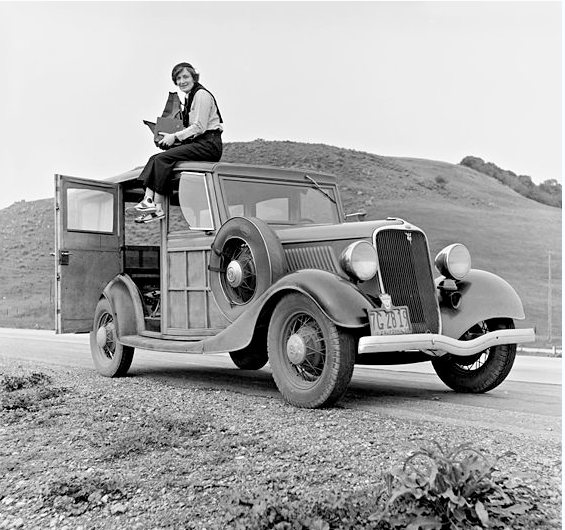 In the wake of the inauguration, I’ve been thinking about a couple of recent news stories about the growing interest in a creating an “Art Czar.” This would be a cabinet-level position that would promote the arts within and outside the U.S., coordinate arts programs now administered by various agencies, and, I suppose, advocate for new programs. (Assuming, of course, that an arts-friendly administration is in power.)
My colleague Phil Ryan at Popular Photography sent me this article from Newsweek, which takes up the question of whether the U.S. needs a Secretary of the Arts. Last week I also listened to a report on the topic on National Public Radio. It’s a very interesting debate.
Other countries have high-level ministers of culture–France’s is pretty powerful, as you might expect. Of course, France’s self-identity as a nation is somewhat different from ours: There is a greater resistance here to large-scale state participation in the arts. We tend to think that resistance comes from political or cultural conservatives, but as the NPR piece points out there are plenty of arts advocates who also grow uncomfortable at the thought of the government having the power to promote certain kinds of art over other kinds of art. By profession I am an advocate for the art of photography, but I remember the way Senator Jesse Helms turned an exhibition of Robert Mapplethorpe images into a prime battle during the Culture Wars of the early 1990s. It wasn’t pretty.
But then I also think about programs like Farm Security Administration, and the Great Depression images created by Lange (above), Mydans, Lee, Evans, Rothstein, and others. I think about the lifeline that government (and private) grants give to artists, especially in troubled economic times. And I think: Why not have a Secretary of the Arts?
President Obama certainly has a lot to work on already, and I assume an arts agency wouldn’t have a high spot on his agenda. But in his efforts to build up the image of America and the American way of life–to show the world that America is, as former Secretary of State Madeleine Albright once said, “the essential country,” a highly visible secretary of the arts would be a wonderful weapon. Music producer Quincy Jones has advocated for a secretary of the arts, and many people have suggested that he would make a fine one. Why not?
You could probably gather up a bunch of numbers to show just what the arts mean for the American economy, but I’m not expert enough to attempt that. (Anyone out there care to take a shot?)
It would be a bold move, but President Obama has promised bold moves. –David Schonauer