Friedlander’s Madonna Nude to be Auctioned

One oft want to see the picture anyway.)The back story of this full-frontal art is interesting. 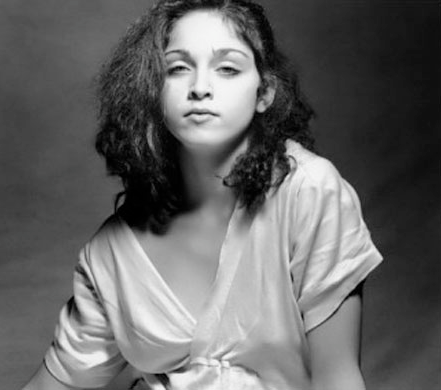 One of  Lee Friedlander’s  nudes of Madonna is going to be auctioned at Christie’s in New York. The media will be filled with much snickering. I would probably get in trouble with the morality squad at my company if I put up the photo, but you can see it and read about on the Christie’s site. (Yeah, I know this is supposed to be a site about the art of photography, but I’m told it’s a_ family_ art site. And you probably don’t want to see the picture anyway.)

The back story of this full-frontal art is interesting. Friedlander made the picture in 1979 as an art study. Madonna, a 20-year-old unknown dancer in NewYork, got the modeling job by answering a newspaper classified ad that Friedlander had run. She was paid around $25, so the story goes. (She was doing nude modeling for other photographers as well, to make ends meet.)

When Madonna got famous in the mid-80s, the old pictures were rediscovered and a bidding war was launched between Playboy and Penthouse to buy them. Playboy paid something like $500,000 for the rights to the pictures.

The particular image being auctioned on February 12 is, according to Matthieu Humery, head of Christie’s photo department, the most explicit on made by Friedlander. It’s estimated to sell for $10,000 to $15,000–but will see if the lame economy has an effect.–David Schonauer