And it Started with a Kodak Instamatic 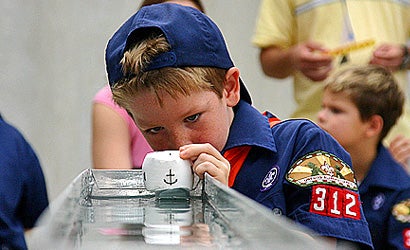 First off, let me make it clear this isn’t going to be a “film vs. digital” discussion. It’s just my reflections on taking photographs through the years and transitioning from film to digital.

My first experience shooting was with a Kodak 110. I was probably 10 years old and took this little camera all over the place. I can remember the square flash cubes that rotated on top. Back then, I felt as if I was shooting for National Geographic or Life with this little camera. In reflection, this may have been one of the worst cameras known to man (no offense to Kodak). How anyone expected quality pictures from such a tiny negative is beyond me. Little did I know what I had started when I snapped my first picture with that little unit.

The experience got me interested in photography , and that’s what makesthe little Kodak 110 priceless. I would eventually move to a traditional 35mm camera, the Pentax K1000. I would tinker with it, fully equipped with a 50mm lens for years. I would take countless rolls of snapshots and drop them off at the Kodak booth and miraculously, a few days later, find that my rolls of film had turned into prints. It always seemed odd that these little booths were typically in the middle of a large parking lot, kind of like a photographic island.

When I went off to college, I got involved as a photographer with the university’s yearbook and newspaper. I had the opportunity to learn my way around a darkroom and, more importantly, I learned to turn snapshots into pictures.

Film was the only game in town. The 35mm format was the standard, and Kodak Tri-X was popular for newspaper photography. A lot of the pictures in the yearbook were also in black-and-white. I shot some color slides, but I liked shooting black-and-white the best.

B&W photography is a great learning tool for understanding composition. You rely more on your subject with B&W than the vibrant colors. You develop an eye for the framing of the picture, the composition, the angle of view, and the depth of field. I began to subjects through the viewfinder in B&W in shades of gray instead of the colors. It’s not as if color photography allows you to throw composition to the wind, but I’ve seen pictures with vibrant colors make up for so-so composition.

The darkroom was my escape from the world. I would spend hours at a time under the red lamp. We kept the radio in it tuned to classic tunes and I can still hear the grumble of the darkroom door turning as photographers came and went. Years later, I would set up a darkroom at the house, but it wasn’t the same.

My skills would improve and about a year later, I was offered a job at the local newspaper as a staff photographer. Over the next three years, I would cover everything from used cars for the advertising department to blue ribbon watermelons at the county fair to Bo Jackson cutting up field during an Auburn football game. My knowledge and skills kept improving. The snapshots once taken with the K1000 started turning into quality, published photographs.

While at the time I would have never admitted it, the intense deadlines of the newspaper were fun to meet, especially during football season. As the junior photographer, I had to leave night events early to process the film to meet the deadlines. I learned to push the development times to as short as possible and use a hair dryer to speed up the film drying process. For me and for the other photographers, film was the only game in town-and, boy, did we push the limits.

In the latter days of my career with the newspaper, new technology started to creep into the field. Autofocus lenses were introduced and everyone was skeptical. We doubted that an autofocus lens could outperform a manual focus lens (little did we know). Digital photography seemed more like science fiction than reality (again, little did we know).

I ended up pursuing a degree in criminal justice in college, so I always knew my days as a professional photographer were numbered. Eventually, I started a career in law enforcement, and my camera gear was used less and less as the years went by.

|| |—| | * Photo Gallery * Blogs & Columns | Years passed, and in the mid ’90s I kept hearing about a new camera coming onto the market that didn’t require film. I thought to myself, there’s no way you can make a filmless camera that can produce quality pictures without it costing a fortune.

I can remember taking my first pictures with a Casio digital camera. The resolution was incredibly low (less than a megapixel) and the pictures weren’t too impressive. My first digital pictures reminded me of those that I took with my old Kodak 110.

All of this reaffirmed my position that digital could never replace film in quality. I started using the internet and the only advantage I saw digital having over film was using another new item, electronic mail-I could send snapshots to friends and family in an instant. Though I tinkered with several .3MP cameras over the next few years, I continued to use my film camera when I wanted quality pictures.

The digital camera that changed my opinion of the digital format was the Olympus C2100 UZ. Going from .3 megapixels to 2.1 megapixels was a tremendous difference. This camera had a 10X zoom lens, stabilized, which only added to the camera’s performance.

The tide began to turn, and I saw digital images for the first time competing with film images in quality. Instead of mailing pictures of the children to relatives, I could e-mail them. Processing and printing took all but a fraction of the darkroom time I used to spend. Film was no longer the only game in town.

It was at times a challenge to apply the skills I had developed with film to the digital format. After using an optical viewfinder for so long, the EVF viewfinders took some time to get used to. It was also a challenge trying to adapt my darkroom skills to the processing software. In many ways, I was back where I was when I went from the 110 to the K1000.

Over the years my film camera gear began to shrink as my digital cameras improved. I went from the 2.1MP Olympus to the 5MP Minolta DiMAGE 7 with a few point-and-shoots in between. Eventually, I missed the versatility of an SLR camera and left the “all-in-one” digital cameras for a DSLR. Any reservations on digital photography not being able to compete with film have diminished.

I won’t say that one format is better than the other, but rather an issue of personal preference. Film and digital formats are both very capable of producing quality images. There are aspects of film that I do miss at times. I liked printing pictures in a darkroom better than waiting on the printer. But then, I like the speed of getting a digital image printed.

Digital has allowed me to shoot more color pictures. Asides from color slides, I never learned to process color prints, and relied on the Kodak booth to print any color film I shot. Digital made it easier to apply the composition skills I learned shooting B&W to color photography.

It’s a toss up comparing digital and film processing. I miss the solitude of the darkroom, but I like the “what you see is what you get” ease of digital software. I don’t miss the fixer stains on my jeans, nor do I like the headaches that develop from looking at a monitor for hours at a time. I like the ease of sharing pictures over the internet better than hoping my pictures sent in the mail arrived undamaged.

I think I like the storage of digital images better than film negatives. However, I never accidentally deleted a film negative. The Clone tool takes care of dust and other imperfections a lot better than nose grease or fountain ink. The mouse can be more accurate than the circular piece of cardboard taped to a coat hanger in dodging/burning pictures.

I’ve never won any awards for my pictures, and I’ve never been world-renowned, but photography has provided me with some priceless memories over the years.I avidly shoot whenever an opportunity arises, and I seek to improve my skills with the camera and image processing. And I think that’s the bottom line, regardless of which format you choose.

I like Ken Rockwell’s quote, ” No matter how advanced your camera, you still need to be responsible for getting it to the right place at the right time and pointing it in the right direction to get the photo you want. ” I’d addthat it doesn’t matter if you use film or digital formats. Digital photography has made it easier for people to take and share photographs, but it remains the photographer’s responsibility to capture quality images. Just as with film cameras, digital cameras won’t help you choose the right composition, angle of view, depth of field and other aspects of framing the right shot. These remain the responsibilities of the photographer.

Film or digital, SLR/DSLR or point & shoot, self-processed or One-hour processed; regardless of your choices in photography, if you own a camera, take pictures. Work to take better pictures. Even if you never get a single print published, that shoe box or photo album of your work is a history of who you are, where you’ve been, and the world around you that can be shared with your children and passed on from one generation to another. If you take pictures and have children, when they are old enough get them a camera. Who knows where it may take them.