The nominations for the National Magazine Awards have been announced, and there are some interesting photography angles. I was a judge in the Photojournalism category, so I’m going to focus on that category in this post. For a complete list of all the NMA nominations, go here. In general, nominations in the three photo categories went to the same magazines that have been honored in the past. Aperture magazine received nominations not only in the Photojournalism category but also in the General E 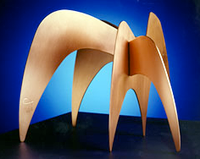