I recently posted about court rulings that shook the entertainment world and art worlds--or seemed to. The cases cleared out a thicket of legal issues and determined, after years of controversy, who did and, more important, who didn't own the right to market the name and image of Marilyn Monroe. Now, however, the California legislature has passed a bill that creates not just a thorny new thicket but an entire redwood forest of issues. If Governor Arnold Schwarzenegger signs the bill into law, ph 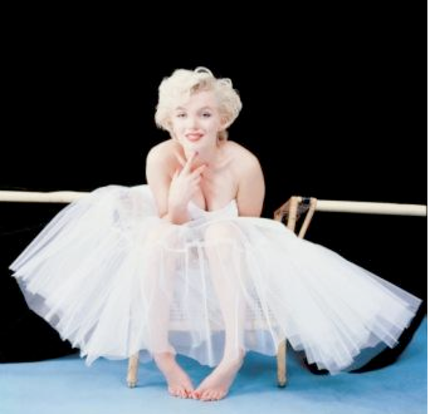 I recently posted about court rulings that shook the entertainment world and art worlds–or seemed to. The cases cleared out a thicket of legal issues and determined, after years of controversy, who did and, more important, who didn’t own the right to market the name and image of Marilyn Monroe. Now, however, the California legislature has passed a bill that creates not just a thorny new thicket but an entire redwood forest of issues. If Governor Arnold Schwarzenegger signs the bill into law, photographers may find themselves seriously lost in the woods.
Here’s the background, in brief: For years, a shadowy company called Marilyn Monroe LLC has claimed ownership of the blonde icon’s so-called “rights of publicity”–that is, the right to sell her image and name for commercial purposes. That effectively put the company in control of the work of the photographers who famously shot Marilyn. Over the years, the heirs of those photographers have had to pay hefty fees to Marilyn Monroe LLC whenever they wanted to sell those images for non-editorial uses, even though they own the copyright to the images and have model releases signed by Marilyn. Fed up with the situation, several of the heirs sued Marilyn Monroe LLC, questioning the company’s ownership of Marilyn’s rights of publicity.
Some more background: In 1984, the California legislature passed a law (sometimes called the “Dead Celebrities Act”) granting rights of publicity to the dearly departed. The idea was to ensure that the families of these celebrities would enjoy the monetary fruits of their forebear’s fame. Marilyn died way back in 1962, without a family, but she willed a large part of her estate to her acting coach, Lee Strasberg. When Strasberg himself died in 1982, his share of Marilyn’s estate passed to his wife, Anna Strasberg. She claimed that the Dead Celebrity Act gave her control of Marilyn’s rights of publicity, then went on to make millions.
The recent court rulings, however, said that since post-mortem rights of publicity did not exist at the time of Marilyn’s death in 1962, she could not have bequeathed those rights to others. Marilyn’s name and image were in fact public domain, the courts ruled. After years of printing money, Marilyn Monroe LLC was out of luck. Case closed.
Or not. After losing in court, the company hired high-powered lobbyists and headed to Sacramento. State Senator Sheila Kuehl, herself a one-time child star (she was Zelda Gilroy on the old Dobie
Gillis TV show–hey, you can’t make this up), sponsored a bill which zipped through both houses of the state legislature with astonishing speed. The bill essentially overrides the recent court decisions. It grants rights of publicity to celebs who died prior to 1985 and stipulates that if the deceased had a will but didn’t specifically mention the rights in it, then those rights go to whoever was named as residuary beneficiary. In the case of Marilyn Monroe, that would be…Marilyn Monroe LLC.
Which leaves Joshua Greene (son of photographer Milton Greene, who took the picture above), Tom Kelley Jr. (son of photographer Tom Kelley) and Larry Shaw (son of photographer Sam Shaw) out in the cold. They were the heirs who successfully sued Marilyn Monroe LLC, only to become victims of what appears to be power politics at its most unseemly. Surjit Soni, the attorney for Greene and Kelley, asserts that the bill was passed so quickly that several legislative rules were broken. Why the speed? “To keep opposition out of the debate,” he says. He also wonders why Senator Kuehl’s office referred all inquiries about the bill to lawyers hired by Marilyn Monroe LLC.
From my perspective, this looks like a political assault on the rights of photographers and their heirs for one reason and one reason only: to enrich a single company, Marilyn Monroe LLC, and its owner, Anna Strasberg. But in the long run the bill may also make it difficult for celebrities to control their own rights of publicity. Soni says the bill is so sloppily written that it will takes years of legal fighting to sort out the legal issues. Governor Schwarzenegger has until October 14 to sign the bill; if he does, it will take effect on January 1, 2008.
–David Schonauer

Culture
news
State Of The Art