So far none of the principals involved have commented on the record, and the accuser has not yet been named publicly. 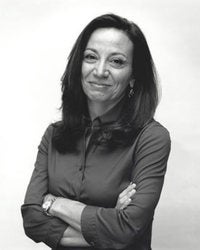 Monday’s Page Six item followed an earlier Gawker.com report detailing accusations of an alleged gay slur hurled at a freelance photo editor. Page Six was the first to name McNally, and reported that the incident allegedly took place during the paper’s June 9 party to celebrate its move to new headquarters on 8th Avenue.

So far none of the principals involved have commented on the record, and the accuser has not yet been named publicly.

We talked to one longtime photographer who has been known to give straight assessments of internal Times matters. Our source strongly defended McNally, saying “Michele is not racist, sexist or homophobic. She treats people fairly, has over 25 years of history in this business and is known to treat people fairly. Everyone I know on staff with the obvious exception of the person making the complaint supports her because we know she is not someone who treats people badly.”