My last day at the festival and our handlers certainly pulled no punches. 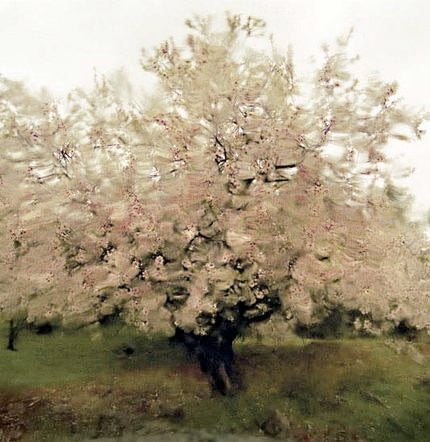 My last day at the festival and our handlers certainly pulled no punches. I’ll try to be brief, as this day included two shows in Madrid, then several hours on the bus heading to Cuenca, where we saw five more shows and had a wrap-up party on a beautiful terrace in the heart of the historic city of “hanging houses.” Let’s just say we were getting a little grabby with the cocktails and hors d’oeuvres after all that, but the shows were by-and-large worth the sore feet and frazzled brains.

First up in Madrid was Paul Wombell’s exhibition LOCAL: The End of Globalization, thoughtfully hung in the four-tiered raw-ish space at Canal de Isabel II. “Globalization hides many of the ways we live,” Wombell insisted, pointing out that really the internet is not nearly as “universal” as we’d like to think and many “global” companies still run as local ones and, even, that it’s important for us to work toward a world where we actually travel less. These are strong words, and ones he has not so much supported with photos, as merely illustrated. He admitted that many of the photographers included in the show do not overtly address “localness” with their work; Wombell sometimes seems to have forced them into that mold. But the images were of a consistently high quality, and in their very lack of coherence actually managed to support Wombell’s hypothesis.