In late March, the Democratic leadership in the U.S. Congress announced that it would schedule a vote to officially classify the killings as genocide. 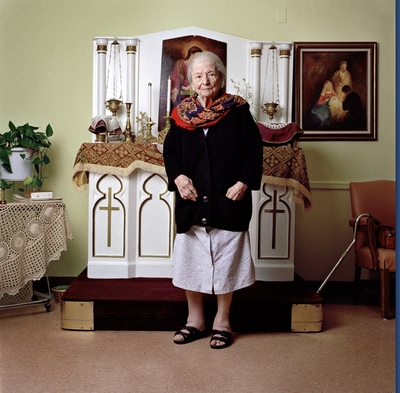 Until a few years ago, photographer Ted Sabarese didn’t know much about the 20th-century calamity now known as the Armenian Holocaust. That fact, at least, has certainly changed.

Still the subject of much controversy, the Holocaust is marked each year on April 24, the day when, in 1915, the government of the Ottoman Empire began a systematic harassment that would cascade into a brutal destruction of the Ottoman Armenian population. Conservative sources estimate that some several hundred thousand Armenians died at time; other sources, widely considered more reliable, say the actual number may be as high as 1.5 million. The modern Turkish government and many Turkish historians deny that the Ottoman Empire’s actions amounted to genocide, but others disagree. The sensitivity of the issue became apparent in January when Hrant Dink, a Turkish journalist of Armenian origin, was assassinated in Istanbul. He had been critical of Turkey’s denial of the Holocaust.

In late March, the Democratic leadership in the U.S. Congress announced that it would schedule a vote to officially classify the killings as genocide.

Sabarese admits that at one time such events in a far-off corner of the world would have meant little to him. He grew up in New Jersey, studied photography at The New School, became a copywriter for an advertising agency in New York, and in 2003 launched a commercial photo career. (Go here to see his website.) But falling in love widened his historical perspective.