To kick off our new guest blog, we’ve asked Seattle-based commercial photographer Chase Jarvis to look through the March/April issue... 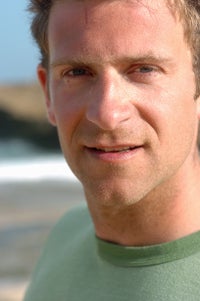 To kick off our new guest blog, we’ve asked Seattle-based commercial photographer Chase Jarvis to look through the March/April issue of American Photo_ and expound on anything that struck his fancy. Here’s what he came up with, cross posted on his own blog. We’re excited to be adding voices like Chase’s to State of the Art, but we want to hear yours too. Leave your thoughts in the comments below.
~Miki Johnson_

The Dichotomy of the
Photographic Portrait:
Portrait Not as View of the Soul,
But as Personal Advertising?

If the eyes are windows to the soul, and if in advance of a portrait sitting you’ve basically had the windows washed and lined up all the furniture inside and put on your favorite clothes for an open house, are the photos that result from that sitting any less “real” than a haphazard photojournalistic snapshot someone grabs of a subject at 10PM on a Tuesday night? Are the results from one portrait style more authentic or merit-worthy than another? I recently wrestled with these questions when I got my hands on an advance copy of the March/April 2007 American Photo “Portrait Issue.” Editor, David Schonauer’s piece got my mind really moving–it’s definitely worth a read.

I’ve long had huge respect for great portraits and pure portrait photographers. Shooting great portraits can be intense–wonderfully exploratory sometimes, but almost always intense. Especially if you set out (as many photographers claim) to capture an image that authentically and reasonably addresses the sitter, and the photographer’s vision of that sitter.

In reading comments from numerous uber-talented colleagues featured in Schonauer’s piece, like Leibovitz, Watson, Rolston and others, one thing that was inferred by many, but not directly addressed to my satisfaction by any, was the idea NOT of portrait as hollowed ground or sacred view into the soul of the sitter (there was some of that), but rather that nearly all portraits–from your high school yearbook shot, to family shots by Yen Lui, from glamour shots by Deb, to Oprah Winfrey shot by Leibovitz–they’re all fundamentally ‘portrait as PR or personal advertising.’