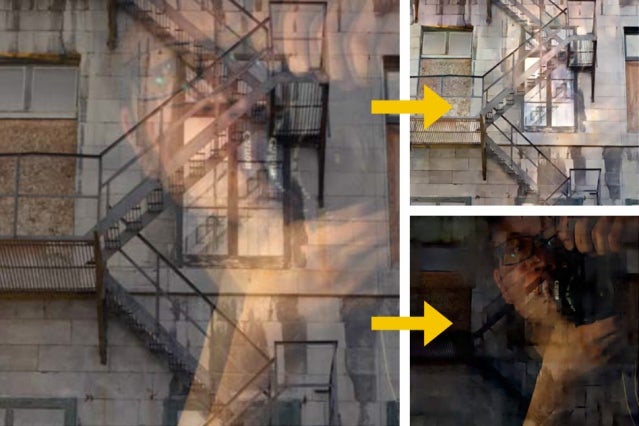 Reflections can be a tricky thing in photography. Sometimes, they provide striking visual elements that help enhance the look of a photo, while other times they can totally ruin an image by muddying up the scene. You can sometimes use a circular polarizing filter to control the reflections, but MIT researchers want to make the process simpler and software-based.

The MIT scientists are headed to the Computer Vision and Pattern Recognition conference held in June to show off an algorithm that can actually separate a reflection out from the image and give you a clear view of both pieces.

Here’s a brief description of how the underlying technology works taken from MIT News:

“…[the algorithm] divides images into 8-by-8 blocks of pixels; for each block, it calculates the correlation between each pixel and each of the others. The aggregate statistics for all the 8-by-8 blocks in 50,000 training images proved a reliable way to distinguish reflections from images shot through glass.”

As with all new developing technologies, it still has a while to go before it’s ready to be slammed into the next major Photoshop release, but it looks promising and could prove very useful for photographers. After all, they’re already working on getting rid of blur from camera shake, and cameras like the Lytro want to let you choose your focus after you’ve uploaded your photo. This just seems like another step in that direction.