The app is meant to automatically improve and enhance photos 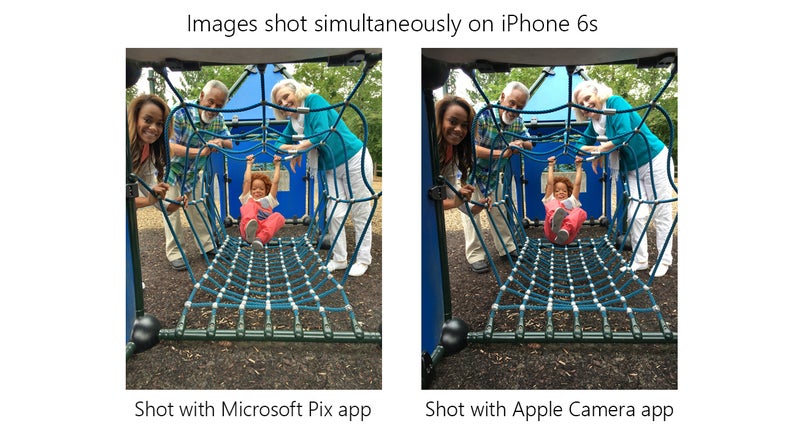 While some of us demand more and more control out of our smartphone photo apps, there’s a larger contingent of casual shooters who are hoping that auto mode eventually gets smart enough to handle any situation that might come up. The new Microsoft Pix app is aimed clearly at that second category, offering automatic modes to help people take better pictures through algorithms.

Microsoft Pix automatically analyzes the scene being captured and prioritizes certain elements in order to anticipate the most important elements. Faces, for instance, hold lots of importance, so the app will automatically try to get them exposed and color-balanced correctly. it also recognizes when a scene has too much contrast or strong backlight. Once the photo is taken, it gets automatically enhanced to further fix tricky shooting situations.

In terms of composition, the app actually takes 10 shots at a time in a burst when the shutter is pressed, so it can keep the photos with the “best” composition. It can also combine that burst of photos into a Live Photo, which adds motion to the short video and can even restrict the movement to a part of the frame like a cinemagraph.

This certainly isn’t the first effort to automatically improve people’s ability to take “good” photos, and it definitely won’t be the last. Google has been in the auto-enhance game for a while and several of these features existed in some form before in Microsoft’s now-defunct Lumia camera tech. Microsoft has also baked in the Hyperlapse tech, which was a hit for its ability to produce smoothed-out time-lapse videos.

The Microsoft Pix app is currently available only for iOS, so no Android compatibility just yet.