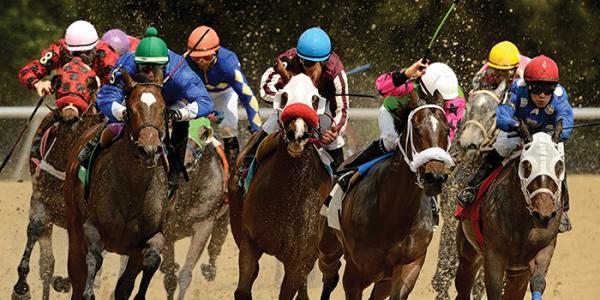 The Tampa Sports Video Workshop proved to be a rich learning experience for all who attended. This was due, in large part, to the talented, passionate and perpetually available instructors. The workshop began with adventure-photographer Keith Ladzinski and video editor John Considine showcasing a small sampling of their impressive portfolios. Trekkers immediately realized they were in the company of the behind-the-scenes professionals for the sports and adventure videos that we all enjoy. Next, Keith drew our attention to the significant differences between still and video photography. Hint: “its about the story”. The trekkers were all experienced still shooters, but with varying amount of video experience. It turns out; we were all in the right place.

In the afternoon, we all loaded into a buss for the ride to Tampa Bay Downs, where we were to video horseracing. This bus ride, and all subsequent bus rides, was not down time. The instructors sat near the front and ably answered questions that were fired at them non-stop. By the time we arrived at Tampa Bay Downs, all of the questions that the trekkers had brought to the workshop had now been addressed and we all were moving onto the next level. In addition to the Q&A action at the front of the buss, pockets of conversation developed in the back of the buss where trekkers compared photos, exchanged experiences and reviewed equipment.

The skies opened as we got of the buss at the racetrack. Rather than a setback, this became “part of the story”. When the rain stopped, trekkers could be seen lined-up on the front rail catching all of the sights and sounds of horse racing. In addition, we were able to capture the special culture of a “weekday afternoon at the track”.

Next morning, we were all back on the buss for a trip to the Saint Petersburg Aquatic Center where three competitive swimmers / models were waiting. For the next several hours, we put them through their paces – underwater, overwater, fast, slow, starts, finishes and stills. Several trekkers tried out loaner equipment of all types, including a Ronin gimbal stabilizer that Keith brought along for our use.

That afternoon, back at the hotel, John walked us through his video editing workflow and process. As we watched John, we realized that this is where a lot of story-telling quality and clarity is inserted into a movie. Questions, and answers about features and advantages of different editing software were discussed and we were off to the next adventure.

In the late afternoon, we travelled to the Dade City Motocross track where a dozen-or-so daredevils were waiting to impress us. This included two ten-year-olds (little dudes) who routinely jumped with the big boys. Unfettered access to the track and willing performers allowed us to capture all of the sights and sounds of “full-on” motocross. Darkness eventually fell, but neither the riders nor the photographers were deterred. In fact, we were able to video a 15-bike race start – head on.

The next morning, our last day, found us travelling west to Clearwater Beach in the pre-dawn hours to capture the sunrise. An advancing warm morning glow created ample opportunity for time lapse practice. Then, back on the buss, one last time, where still-enthusiastic trekkers continued to compare notes and learn from one another.

Wrap-up and thanks took place back at the hotel when we got back. Trekkers expressed their appreciation to Keith and John as well as Vanessa Vazquez, who’s herding skills were put to the test by this distracted, photo-centric group.