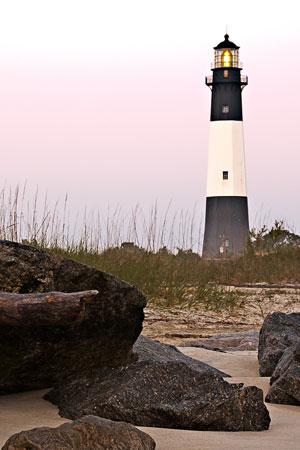 Ready, Set, “Snap.” From my perspective, there are two ways to see Savannah; One through the eyes of the beholder and two, through a lens of a camera – both, quite lovely, but viewed very differently. The two-dimensional world has a different interpretation screaming to be heard. Walking, treading, striding, and strolling the streets of Savannah lead by mentors Dave Black and Bill Durrence proved to be nothing less than amazing.

On day one, we headed over to Oatland Island Wildlife Center where the serene surroundings of the wildlife habitat of a dozen species demanded to be captured in its natural element. Forty trekkers and two mentors snapped away at birds, alligators, turtles, wolves, cranes, and more.

Next, we headed to Bonaventure Cemetery, daytime in the “Garden of Good and Evil.” Visually remembered by some from the 1997 movie Midnight in the Garden of Good and Evil directed by Clint Eastwood, but historically an old plantation and private cemetery until July of 1907. With dozens of headstones and mausoleums, and the hypnotic sway of Spanish moss draped from oak trees, left our imaginations soaring and our cameras taking it all in.

Day one ended with a mentor guided tour through the historical district of Savannah. We captured various streets and squares as the sun made its way down casting shadows through the shady oaks within each square.

Day two was no less fantastic. We headed out at 5 A.M. to Tybee Island Light House before the morning sun emerged from the cloudy horizon. The glowing light of the lighthouse became the focus of our lenses until the sunrise took front and center. From there, the buses took us to Fort Pulaski. The corridors, rooms, and military details gave us abundant imagery to be captured. Costumed Civil War models gave us more to work with sending us back in time. Next, we headed to Wormsloe, the avenue of the oaks built in the early 1890’s. Viewing the visually charming ensemble of trees, my imagination took me along side Ichabod Crane on his way home in the old story of the Legend of Sleepy Hollow by Washington Irving. The symmetry was captivating as we lined up along the road to get that perfect shot. After some rest and image downloading, we headed to our last event of the day: a relaxing riverboat dinner cruise along the Savannah riverfront. We were able to capture shots of early dusk and city lights from the water.

Day three and the final day of the trek brought us to another early morning. At 5:30 A.M. the trekkers headed to the riverfront to capture the sunrise. The early morning hues and soft light of the morning sun left little adjustment to camera settings. As the day progressed, we headed to our last destination; the Davenport House. Models dressed in costume from the historical 1820’s gave us photographic opportunities within the walls and garden of the property.

As the program came to a close, we are left with some great shooting tips, a better understanding of lighting, insight on various camera settings, a better feel for manual shooting, and a completely different way of looking at the world. Not just through a camera, but through the eyes of a photographer.