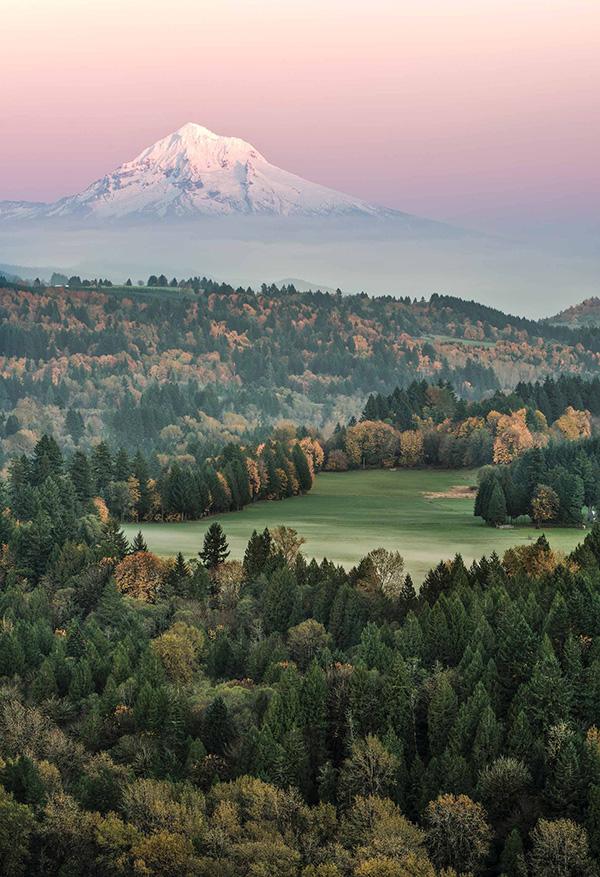 This was my first “big adventure” into the field of photography travel, but I truly believe it will NOT be my last. I had no idea what to expect, didn’t know anyone and felt totally out of my element and in over my head. The minute I went through the doors of the class room, things immediately improved. The instructors (Mark Alberhasky & Wolfgang Kaehler) were absolutely amazing and they added much comfort to the class. They showed us what they could do with a camera and actually had me convinced I could do that too, in due time of course. Our first stop on Day 1 was Multnomah Falls, a 611 foot tall roaring cascade of beauty, and my first 20 images looked like “garbage.” I realized then and there I needed help if this was going to be a FUN and productive trip. I walked up to Mark and showed him what I had and he told me to make one adjustment and POW, everything changed. The image was beautiful, my attitude and confidence improved and from then on it was fun and I started learning something new everyday. It was amazing what I also learned from my fellow photographers by just watching and listening to what they were doing.

The first night we were in Portland, we shot the river reflections of the city and they were gorgeous. The lights reflecting in the water combined with a very slow shutter speed made for some beautiful images. I was lucky enough to set up right beside Wolfgang and he gave me a few suggestions. I was totally amazed at what I could do with a little coaching from the instructors and they were always so willing to help you. There were times when they would actually walk up to you and ask if there was any help you needed. Day 2 was shooting the sunset at Cannon Beach. We learned how to do a panoramic shots of the beautiful huge rock formations in the surf. Mark and Wolfgang both worked with us on this because they both LOVE panoramic. I wanted the rock formations in my sunset, and it worked out perfectly. We all had to pick 5 pictures from the day before and Mark or Wolfgang reviewed them with us one-on-one. This was a great learning opportunity to have a professional photographer sit one on one with you.

Day 3 and I wanted to come home with a feeling of really capturing some great images. We were going to shoot the sunrise of the Columbia River gorge looking toward the dam and the Vista House. I was again thinking about camera settings and I remembered what Wolfgang had told me the night we shot the river reflections. So, I repeated some of that knowledge and actually got some pretty good images before daylight. The image actually came out with a beautiful blue hue and captured the lights of the dam and the Vista House. I looked to my left and there stood Wolfgang smiling. He saw my image pop up and he said you’re a good student.” On our way back to the hotel we stopped and shot at another beautiful waterfall, Latourell Falls and this time I was much better prepared, thanks to Mark. I was able to capture some really great images of the falls and the collection pool. You want to guess who was standing behind me looking over my shoulder? Yep, you got it. Honestly, I had come a long way. I learned a tremendous amount about photography (don’t think ordinary) and also a great deal about myself. This trip with Mentor Series was one of the greatest things I have ever done concerning photography and I certainly got my money’s worth. It is very well organized thanks to Vanessa and Michelle and the instructors are there because you are there. They are 100% committed to your getting the most out of your trip and having FUN at the same time. The Grand Tetons trek is coming up and it looks terribly inviting. I think it might be something I need to put on my “bucket list.”