Man Replaces His Own Eye With a Robotic Camera, Calls Himself the Eyeborg

A robotic eye changed the way this man sees the world 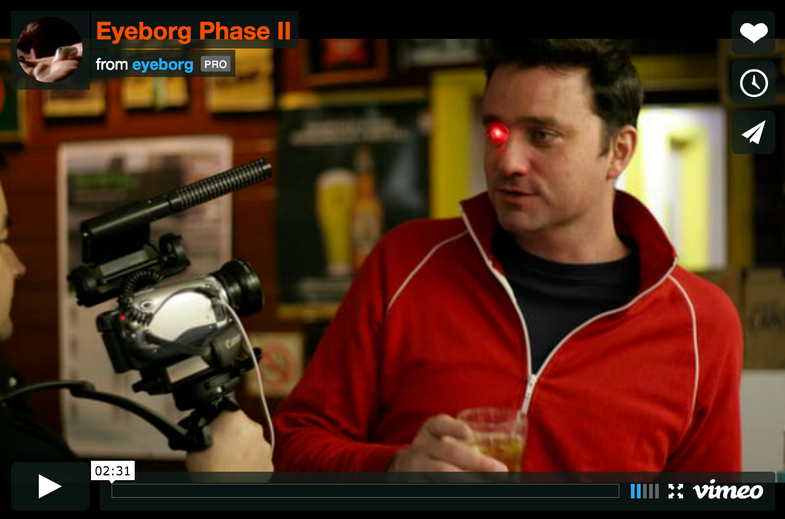 With Google Glass gone, the concept that we will all one day have cyborg-like heads-up displays in our eyeballs has taken a hit. However, there is still hope in the form of a man calling himself the, ahem, Eyeborg. He lost his vision early in life and now he has replaced his damaged eye with a pretty impressive little camera.

Rob Spence lost vision in his right eye in a shotgun accident as a child, but he’s now equipped with an RF-enabled camera eyeball that can transmit video to an external recorder. He’s actually in the second phase of the robotic eye, and claims that the new model has made quite a few improvements over the first one.

According to his site, the plan is to make the next model actually resemble a typical, organic eye in terms of appearance.

It’s a very cool idea and I’m actually very interested to watch the whole thing as it progresses. We’re still pretty far off from living the dream of restoring sight to the completely blind, but the potential for turning our own heads into recording devices seems nearly unlimited.

Watch the trailer above or check out the official site for the project.