Hands on with the iPad Pro 9.7-inch 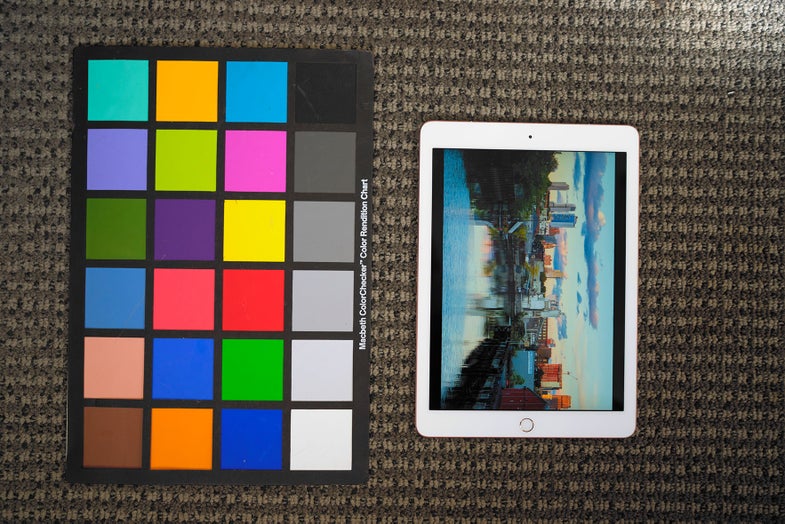 Just a few days ago, the iPad celebrated its 6th birthday. When humans reach this age, they begin an important phase in their long journey towards adulthood, entering elementary school. Now that Apple’s tablet has been around the block, it is time for it too, to start a new phase of its development: becoming a more powerful and professional tool. For most of its lifespan, the iPad has been merely a high-end content consumption device, but with the advent of the Pro line, the tablet is poised to transform into something more. Back in November, Apple launched its larger 12.9-inch iPad Pro, their first to feature the A9X chip, compatibility with the Pencil stylus, four speaker audio and a massive 2732×2048 high-resolution display.

Just five months later, the folks at Cupertino announced the new, smaller, 9.7-inch iPad Pro, part of what might be a new trend in scaling down their higher-end mobile devices. This latest iPad utilizes the same size display and similar chassis of the iPad Air 2 but packs in the guts and functionality of the original Pro. Like its larger cousin, the 9.7-inch Pro is configurable to store up to 256 GB on its flash memory and is designed to be able to run and edit simultaneous streams of 4K video on its A9X processor. Stylus fans—or those looking to give the new interface a whirl—will be happy to know that the smaller (and cheaper) 9.7-inch Pro also works with Apple’s new Pencil. To boot, the new tablet also works with the brand’s Smart Keyboard ($150, street), which folds pleasantly into a cover for the monitor.

There is a good chance that if you’re still reading this article, you’re not the kind of person who’d be interested in buying a Surface tablet from Microsoft, but since the two devices seem to be in direct competition, it’s worth mentioning their differences. In terms of its pricing, the new iPad Pro is most comparable to the Surface 3 — the lowest-priced of which comes in at $500, street (WiFi only with 64GB of storage). By comparison, the most inexpensive Pro model, ($600, street) is also WiFi only but holds a mere 32 GB of data. For $100 less, the Surface 3 notably offers a larger 10.8-inch screen and a host of data ports (USB 3, Mini DisplayPort and microSD and cover/keyboard connection). However, Microsoft’s tablet has has a less-than-stunning 1920×1280 display and an 8MP rear camera. The 9.7-inch iPad Pro integrates the same hi-res Retina display as the iPad Air 2, 2048×1539 pixels at a whopping 264 ppi and its rear camera boasts a 12MP BSI sensor.

What sets the new iPad apart, both from other tablets and the larger iPad Pro, is its novel True Tone display. Sensors hidden behind the display bezel measure the color temperature of the ambient light around the iPad and use the information to adjust the monitor’s brightness and color to ensure that images and video appear correctly. To do this, Apple analyzed the color temperature of thousands of different lightbulbs and built an internal color reference library that the 9.7-inchiPad Pro uses to determine how to calibrate its display indoors.

To test the functionality of the new True Tone display we took the new iPad into four distinct lighting environments – incandescent, fluorescent, indoor daylight and outdoor open shade. In each circumstance, we photographed the tablet next to a GretagMacBeth ColorChecker color chart with an Sony a7R set to Auto White Balance. In the Popular Photography Test Lab, we used the values on the chart to standardize the color and brightness values of each image in order to see how the iPro was compensating for its surrounding color temperature and brightness. By doing this, we were able to see clearly that the new Pro was in fact adapting its display to its environment. When places under incandescent light, the iPad made its screen more blue to work compensate for the very yellow hue of its surroundings. Conversely, when taken outside in the much colder light of open shade, the new Pro boosted the yellow in its display to maintain a more accurate viewing experience.

Interestingly, and to Apple’s credit, when looking at images on the new iPad’s screen, one doesn’t notice the display’s shift in color. The True Tone display, while effective, is a subtle behind-the-scenes technology that enhances the viewing experience without making its presence known.

If the new True Tone technology isn’t enough to push you over the edge, sit tight – Apple recently released the spec of its Smart Connector to third party developers. Currently the Connector allows the iPad Pro to communicate with its Smart Keyboard, however the interface is capable of transmitting data and power, meaning that it has the potential to become the long-awaited accessory port that iPad power users have been hoping for. Given that Apple has recently come out with their own SD card reader for iPads, it’s within the realm of possibility that we may soon see external hard drive connectivity – something we’d like to see, especially given the brand’s positioning of the Pro as a real video editing tool. With third-party manufacturers increasingly taking the iPad’s capture abilities seriously it would make sense for them to them to finally allow for pro-level data storage, something that would make those considering the peripheral-friendly Surface think twice.